Will They Cheat or Love You? 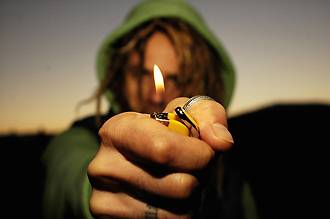 By: Maria Climent Huguet
Maria Climent is a 26-year-old Catalan lady. After studying translation, she decided her life was odd enough to became a humor scriptwriter and by default, a blogger. This is how she’s now a mother of no one and a better person. She also likes to cook!
When we travel alone we tend to rely on the first person that pays some attention to us or the complete opposite: We are so distrustful that we won’t rely on anyone, not even local police.

So, how can we find a healthy mental balance? In other words: How can we go around the world alone without being paranoid that everybody wants to hurt or rob us? Or, totally the contrary, how can we avoid putting ourselves in danger by trusting the wrong person?

Well, I’m telling you this because if you are planning to spend the summer in one of the apartments in Barcelona, for example, and are travelling alone, you’ll feel the need to meet people. And as all that glitters is not gold, we must be able to detect who wants our company for dark intentions. 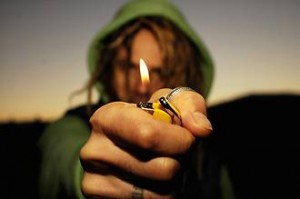 Watch out, here are some possibilities in which you might be cheated and don’t even notice:
If someone calls you too much, like more than three times a day when you’ve just met them. It’s weird. Doesn’t he or she live here? Doesn’t he or she have their own friends? If not, why?

If you go for a drink with that person and he or she pretends not to bring money with them is pretty suspicious (remember that you have just met, it’s not someone you know from childhood). If it happens more than once, just run away.

If, after a two-hour conversation – you still haven’t been able to get an idea of how he or she makes their living, be suspicious.  If, besides understanding their language, you can’t understand what they are telling you…mmm that’s weird man, they’ll probably trying to lie to you, or to get something from you that they haven’t told you about yet. There are professional liars.

If they invite you to their Barcelona apartments the very first day you meet… unless there is a birthday party or something similar with more people, it’s quite clear what they want.

But not everything is so crappy when it comes to new people. There are also nice ones. Let’s see how to recognize the first signs of a new friendship:

If the person is generous, but without being exaggeratedly generous (that’s also weird), this means that, at least, they don’t want money from you.

If that person has not tried to kiss you or felt you up and you can just talk. Gropers are the worst!
There is no shorter distance than a guffaw. So, if that person makes you inevitably burst out laughing, that’s 100 points for them.

I am saying this from my own experience; a young girl travelling alone in different cities is always a big temptation for the insane and disturbed. By the way, there are people who you don’t even need to talk to, to notice their madness: sometimes it’s very important to avoid mere eye contact. What about your travelling experiences?