Skip the Sleight of Hand – the Real Magic’s in Venice 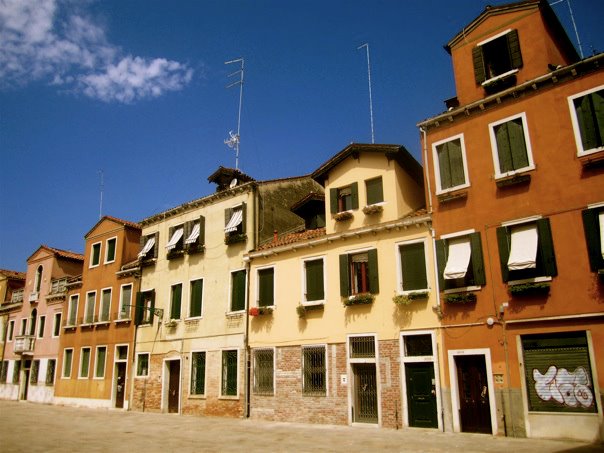 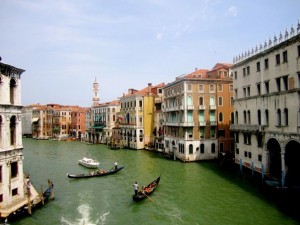 Up until I was about eleven, my idea of a magical adventure abroad was visiting Disney World and shaking hands with Mickey Mouse.  Then I read a book called The Thief Lord by Cornelia Funke, about a little place called Venice, Italy, and I realized how very jaded I was.  Magic wasn’t a million dollar ticket to a fun park with mouse ears; magic was something that slithered in gondolas along the Grand Canal.  Magic crept around cobblestone streets in the mists of a sinking city.  Magic was the city of Venice.

What is it about books like The Thief Lord that makes people want to rent one of the apartments in Venice and immerse themselves in the city?  What is it about the city itself that so captures the imagination?

Speaking exclusively from the perspective of someone who has only seen Venice through the eyes of other writers and artists, there seems to be a very distinct atmosphere in the city that has made it iconic as a place of magic and mystery, and Carnavale is a perfect illustration of this atmosphere.  Carnivale, a winter event which takes place in Venice every year, is a very, very old Venetian tradition dating all the way back to the 13th century. And it’s still celebrated still today.  For two weeks every year leading to Shrove Tuesday, Carnivale transforms the city into waves of bustling masks.  When it was first celebrated, this was the one time civilians could shirk their identity and let loose.  As long as they donned their masks, they could enjoy full anonymity, and they could act any way they wanted without a judging eye. 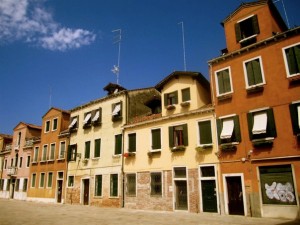 Napoleon was not a fan of Carnivale when he occupied Italy, so for a century or so the tradition was silenced, but the 70s saw its rebirth, and today it remains one of the must-see events in the world.  During Carnivale people flock from their Venice apartments to the streets to witness and partake in processions and traditional ceremonies, masked balls and elaborate private parties.  Piazzas swell with theatrical troupes, acrobats, and musicians.  Everywhere there are people milling around in traditional 18th century garb, and everyone dons a mask.  It’s like real life time travel in the middle of a bustling city.

With an event like this in a city like this, it’s no wonder people get caught up in the atmosphere, and with the Venice winter as the backdrop, peering into the masked eyes of a passing stranger, wandering through the misty streets with colourful costumes in stark contrast, it can be a surreal and truly magical experience.  So I’m told. 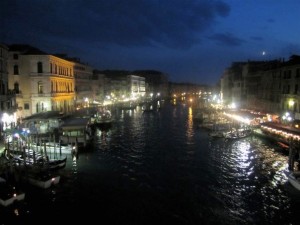 I’d one day like to see this city.  I’d like to witness first-hand, as Funke describes, “the canals, gleaming in the sun [dappling] the brickwork with gold”.  I want to find hideaways in alleyways and darkened bridges along the canal.  I want to get swept up with the mists of the lagoon.  I want to look up and imagine leaping from the gleaming spires and domes of an ancient city.  Till then, though, I can read books like The Thief Lord, and appreciate what this city has meant to the hundreds who have created art about it – so powerful was its presence for them that they had to share it with us.  And I can appreciate the artists, for helping me realize that magic isn’t just for Magic Kingdom.