Top 5 Golf Courses in the World 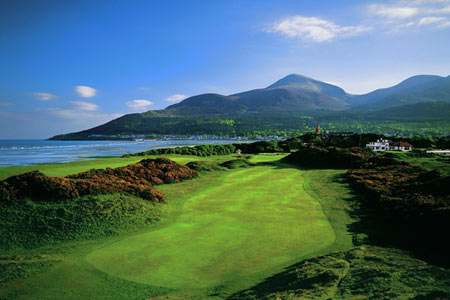 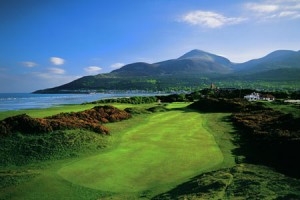 Some travel merely to play golf on different courses in different climates, but a list of the Top 5 Golf Courses in the world is a difficult list to compile and is a favorite subject of argument for the experts. However, the courses finally chosen are unarguably the best in the world, though different authorities may change their positions on the list. One of the great things about golf vacations is being able to book golf tee times online. No hassle when you know where you want to go!

US Golf magazine named the Pine Valley Golf Club in New Jersey at the number 1 position. As expected, the world’s number 1 golf course is so highly exclusive that even the names of members are a closely guarded secret, presumably to protect them from tax authorities.

It has an interesting history.
The designer of the course, George Crump,laid down some quirky principles for himself while designing the course. Holes are not parallel to one another anywhere on the course, all successive holes play in different directions and players can only see the hole they are currently playing. Crump pumped all his money into designing the course and did a lot of earth moving. For this reason, the course was also known as ‘Crump’s Folly’ for some time.

The course has been voted as the world’s best golf course for several years consistently. The membership is only for men and by invitation only.

Our list also places the Cypress Point Club, California at the number two position. This exquisite course flows along and blends with nature, wandering through coastal dunes, on into a forest and emerging onto a rocky terrain for the last few holes. The 15th, 16th and 17th holes are laid right along the Pacific Ocean and are reputed to be among the best all over the world.

The Augusta National Golf Club, Georgia, at number three unfortunately is a males-only club. All holes on the course are named after a tree or shrub. The course has undergone a lot of changes from its original design. The former president of US, Dwight Eisenhower, was a member and has a tree on 17th hole named after him. This is the tree he hit often while playing and wanted to be cut down.

The St.Andrews Links- old course, located in Scotland is in the number 4 position among the top 5 golf courses in the world, almost a pilgrimage for avid golfers, as it supposed to be the place where the game first started. It is the world’s oldest golf course, where in the 13th century, some shepherds used to play an early version of golf.

The course has 112 bunkers; and the double greens are a unique feature in the layout on which two holes are on the same green. There are seven double greens,shared by two holes each, which means that the players may face putts of up to 100 yards. Another curious feature is that this course may be played either in clockwise or anti-clockwise direction.

The Royal County Down Golf Club in Ireland is placed at number 5. It is situated amidst breathtaking scenery. The Mountains of Mourne form a majestic backdrop and the waters of Dundrum Bay zigzag along the course. There are natural sand dunes towering 60 ft high, and the famous ‘bearded’ bunkers with overhanging vegetation.

The ninth hole on the course is one of the most photographed holes worldwide. The green is raised and the shot is played from the bottom of a slope over two bunkers.