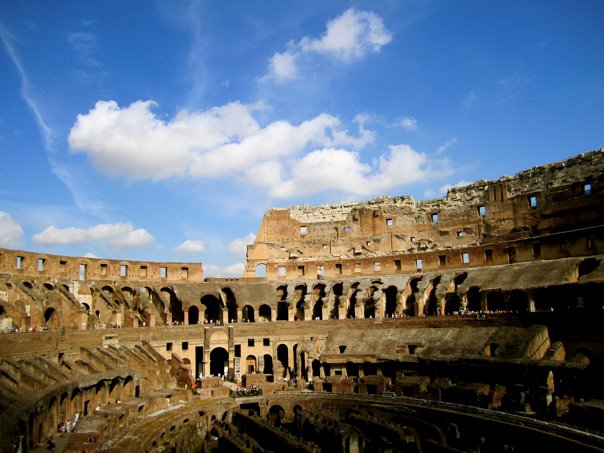 Italy’s unusually elongated shape means that just getting around can take up a disproportionate slice of your available time here, so having a nifty motor can make a big difference when you opt for taking advantage of the great road network. Having a good itinerary that takes in the likes of Florence, Naples, Rome and Venice is always a good idea, and even simply concentrating on a city such as Rome itself will enable you to see and experience more than you could do in a hurried stopover. Car hire organised in Italy will let you concentrate on a particular region like Veneto or Tuscany, or spend longer in a favourite city.

Rome is always a good place to start any exploration of this unique and culturally extremely rich country. It started out like all such places as a humble settlement, in this case of shepherds on the Palatine Hill, and grew down the centuries to dominate the known world and become capital of a mighty empire. When the Roman Empire finally fell, Rome became the capital of Christianity and is still the seat of the Pope. Its Baroque piazzas, medieval streets, fountains, restaurants and bars attract visitors throughout the year, whilst its mix of architectural styles, especially Roman, medieval and Renaissance is unrivalled anywhere. 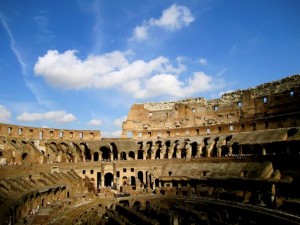 The main tourist sight in Rome is the Colosseum, most iconic relic from the days of the Caesars. It could contain, in all senses of the word, a mob of 50,000 screaming citizens and effectively keep them off the streets. Opened by Titus in 80AD in a 100-day ceremony, it showcased everything from gladiatorial combats and mock naval battles to fights between armed men and wild animals, and of course rather one-sided fights between Christians and lions. Today in the shell of the Colosseum you can take a tour of its stone innards and see where animals and slaves were held before coming up into the limelight. To get here, take the A12 road from the west, A24 from the east or the SS7 from Rome’s Ciampino Airport.

Most visitors also take in a tour of the greatest church in the Christian world, St Peter’s, which not only attracts tourists but also pilgrims, as it remains the most sacred shrine of Catholicism. It goes back to the 2nd century when a small shrine was built over the tomb of St Peter, and it was completed in 349AD. Ironically, by the 15th century it was falling down and a new church started construction in 1506 to become the fabulous extravaganza that we see today. All the leading Baroque and Renaissance artistic geniuses lent a hand in its construction, but Bernini set the tone for the interior, beneath Michelangelo’s great dome.

The Pantheon is the best-preserved of Rome’s ancient structures. This ‘Temple of All Gods’ was built by Hadrian and its magnificent scale and soaring beauty can only be truly appreciated on the inside. It was converted into a church in the 7th century, when Christians complained that demons were darting out and possessing them as they passed by. It contains amongst other things an elegant monument to Raphael and the marble sarcophagi of various Italian monarchs.

David Elliott is a freelance writer who loves to travel, especially in Europe and Turkey. He’s spent most of his adult life in a state of restless excitement but recently decided to settle in North London. He gets away whenever he can to immerse himself in foreign cultures and lap up the history of great cities.