Within the mind of every person dwells a child longing to get out. First introduced by philosopher Carl Jung and championed by legions of psychologists after him, the inner child is an archetype of human personality that represents every person’s desire for simplicity and innocence in the increasingly complex world of adulthood. 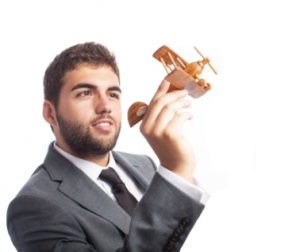 Indulging one’s inner child is one of the most effective ways to remain a happy and healthy individual, and there is no better way to revel in childlike fancy than on vacation in Las Vegas. Sin City might not be the first place that pops into mind when one considers the best vacation spots for children — but here are several reasons your inner child will go absolutely wild over attractions around the infamous Strip.

Las Vegas is a paradise for foodies; here you’ll find some of the best Thai food in the country alongside restaurants owned and operated by the most famous celebrity chefs. However, your inner child probably isn’t craving a perfectly cooked cut of beef. Kids want nothing more than to eat sweets for every meal of every day. Now that you’re an adult, you may want to indulge this desire every once in a while.

There are plenty of bakeries and dessert bars around the Strip for foodies with sweet teeth, but to truly treat your inner child, there is no better Las Vegas destination than Hershey’s Chocolate World. Located near New York-New York, this chocolate haven serves more than 800 different kinds of Hershey’s candies, from Reese’s cups to Jolly Ranchers. You can take keepsake pictures next to towering chocolate sculptures of the Statue of Liberty or the Empire State building; or buy Hershey’s-themed souvenirs, like pillows, mugs, and more. Plus, even insatiable chocolate cravings can be momentarily satisfied by the on-site bakery devoted to churning out fresh confections every day.

Children have a fascination with animals of all stripes, from ferocious tigers to friendly dolphins, and for many adults, this allure of the wild never quite wanes. That’s why Las Vegas is full of attractions, from shows to exhibits to interactive experiences, featuring animals in all their glory. There are a handful of places around the city where you can find some fluffy and some not-so-cuddly animals to faun over. 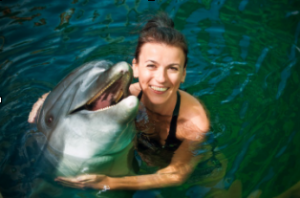 Las Vegas might be known above all else for its legal gambling, but casino games aren’t the only recreations you can indulge in during your stay. Your inner child will likely be less than enthused by complex card games like blackjack and craps, which is why any of the city’s arcades is a much better bet for kid-friendly fun.

Though New York-New York’s Coney Island Emporium isn’t the only arcade on the Strip, it is highly rated and considered by critics to be the absolute best. Hundreds upon hundreds of arcade games (including laser tag and bumper cars) take up a space covering more than 32,000 square feet, replete with flashing lights and dinging bells. Additionally, the arcade adjoins the hotel’s famous amusement park, which features Las Vegas’s most thrilling roller coaster, the Big Apple Coaster.