Local vs. Foreigner Prices: You May Get Screwed, and Not in a Good Way

Cost is the most important factor when it comes to making any decision in life, but nowhere is this truer than when it comes to travel. Many people forego the tourist experience altogether because it simply costs too much – and for good reason, as it is a significant expenditure. Then there are those people who say ‘cost is no object’, but the price matters to them just as much or else they would take as many first class trips as they want.

Some places do not have fixed prices, but instead rely on negotiating skills to get a fair deal. This is not true everywhere you go, so you should inquire first as to what the practices is in that area. For example, in Bangkok it is common to haggle with the merchants on their wares and services in markets, but if you go across the sea to Tokyo, it would be considered rude to try and negotiate a better deal – the price is the price.

When you see the living conditions in some countries that practice bargaining, the temptation may be too great to just pay whatever it is marked as. Unless you were left with an IOU in place of a sou 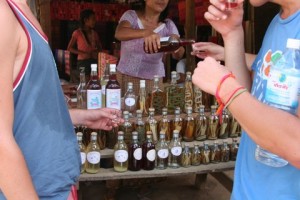 l, this guilt will haunt you everywhere you go, particularly if you come from an affluent background, are staying in a nice hotel and only venture into the lower-socioeconomic areas as part of a tour or short day excursion. Many people living in these areas get by on what they sell and when a tourist haggles them to $1 for a $3 necklace they can’t afford their basic necessities. Their idea of luxury is only available when they sell their wares for a little more than the real cost, making your pocket change their livelihood. Yes, you should feel guilty. Shame on you.

…but not entirely. Sometimes it’s understandable when things are a little more. Sometimes you don’t feel bad about giving a big tip or paying what the sign says. Not all the time. When you see a t-shirt for $30 and you know there are similar ones elsewhere for half of that, you know the person is trying to take advantage of tourist guilt and ignorance. Many people do not mind paying a little more if they don’t feel they are being deceived. Of course every place has a differen 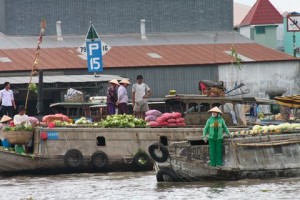 t cost, but some merchants, just like tourists, are greedy. Remember – most countries rely on the tourism industry as a significant revenue generator (in some countries it can amount to 25% of their economy!), so simply by choosing that country as your vacation destination you are helping to fund social programs, infrastructure and improve quality of life. But maybe you want to give directly to the people and not have it filter down through a possibly corrupt government where the people will never see it. You are absolutely free to do that.

The other aspect that needs addressing is the dual price system many countries have for foreigners and for locals. There are two ways of looking at this.

1. Entrance to a museum is $5 for locals, $10 for tourists – this method wants to encourage locals to see their own heritage and promotes travel within your home country… and possibly wants to take advantage of foreigners.

This two-price system is not always advertised, but if you notice people who look like they are locals paying much less, this could be the reason. In the old city of Ayutthya in Thailand, it was clearly marked. Don’t take it personally, it is just recognizing that the difference between 100 baht and 30 baht isn’t going to break you, but it may to a local family.

2. Entrance to a museum is $10 for local, $5 for tourists – yes it does work in reverse, as this method tries to encourage outsiders to spend their time and money here, rather than a different country.
This system is almost always advertised to let tourists know they can save some money, usually through government sponsored subsidies, because they know a tourist will also support the economy by going out for lunch and buying a souvenir, whereas a local may bring their food from home. An example of this foreigner discount is in Tokyo if you choose to visit the temple town of Nikko in the north – buy a World Heritage Pass to the site, (that isn’t available to residents of Japan) and pay almost half the price.

Bargaining can be fun but it can also be annoying. Sometimes you just want to know how much something is and be done with it instead of playing the little game. While not every merchant will be out there to screw you, some of them make their living through screwing you and that in itself is depressing and irritating. Why are there t 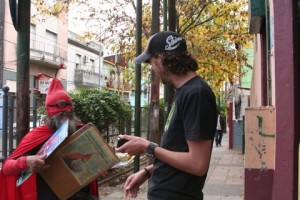 wo different prices for locals and tourists? Why are there student/senior/child discounts at places back home? Not to get Marxist on anyone, but those who make more can afford to discount those who do not so everyone can get some enjoyment. Keep this in mind too – if a local pays less, they may be more inclined to revisit a place more frequently in the future, just as a child may when they get older.

Bottom line – don’t be cheap, but don’t be a sucker anymore than you have to be.