Around the World * Salta, Argentina: Dying my Hair Yellow 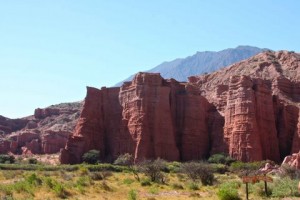 ed to the Backpackers Hostel in Salta quite late. I was sent up to a room that 3 girls were sharing. The staff gave me a key and told me to lock the door. At about 3am some drunk & arrived and pounded on the door for about 10 minutes until I finally got up to let her in the room. I was on the top bunk and ‘not all there’ since I arrived at midnight. In a frantic fuss to get down, I thought the shoty wood bar that I step down on was much further away and kicked it in half, falling to the ground and managed to smash my knee on another bar on the way down. That bruise lasted about a month.
That $%#& I let in brought some sketchy drunk guy in with her and they took it upon themselves to turn on the lights for about 1 hour while rummaging through stuff… looking for condoms? coke? I don’t know, either way I was not impressed. At least when I come back to a hostel drunk I slip on my pajamas and pass out… or just pass out. After the crap sleep, I gave the hostel one last chance and checked out the social areas… FAIL, time to move on.

I was told that the Roadrunner Hostel was really dirty, 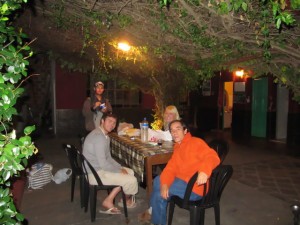 but I went to check it out anyways. It was not even close to as dirty as some places I stayed in. I met some awesome backpackers there and the week was full of cooking dinners together and sharing booze. The nights consisted of parties out with a group of Irish, so you can imagine how that went down. They referred to me as a ‘bad influence’, which may have been due to the tequila shots I made them take… it was also a very proud moment for me.

Since Argentina was more developed I thought I would be alright getting some highlights at a hair salon, but before I knew it they were bleaching my whole head. Ahhhh!!! Result: Yellow. My hair, was, bright, %$#&ing yellow. I couldn’t say much more in Spanish than ‘yellow’ and point at my head with a disgruntled look on my face, but the staff just kept giving me thumbs up.
For fear of killing my hair, I had to keep my new ‘do’. I often had compliments from Argentinian women on the street. This confused me at first, but then I took a moment to look around and realized they all try to dye their hair blond and it comes out orange. So I guess they were impressed how yellow I could get mine. 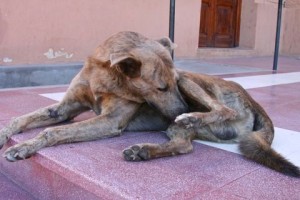 The rest of my days in Salta were kept busy by touring the North and the South. I wanted to get some snap shots of multi coloured mountains since I had my camera on the wrong setting during the salt flats tour. The night before my tour departure I ended up having beers with some bikers from Buenos Aires and eating their amazing, melt in your mouth empanadas. I had to get up for the tour at 6am, after going to sleep at 4am, but hey it’s worth it to get my shots of the mountains right?
No, not so much… my camera wouldn’t work.
Balls.

My camera conveniently worked the next day allowing me to capture a photo of my new best friend. Scruffy with a limp and probably covered in fleas, he may not have been a multi coloured mountain, but he entertained me for the day.