Firstly, please introduce yourself and your blog in your own words. Here are some ideas for an interesting description:
Who are you? Why did your parents name you that? Why do you hitchhike like a hobo? What is you’re favorite dance move to bust? Have you ever been cow tipping? Do you untie your shoes when you take them off? 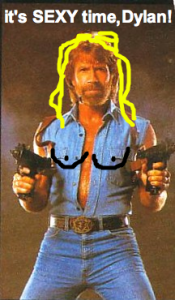 1. What would you do if a bear challenged you to a ‘battle to the death’ on your hitchhike across Canada?

Drug the bear and bring it to the operation theatre and surgically switch identities with the bear. I in bear form would then seek out mummy bear and kiddie bears, persuade them that I’m daddy bear and recruit them to maul the shit out of the bear, who is now posing as a human – something like the plot of Face-off, but with a cunning twist to the ending?

I like to spend some time developing a relationship before I propose marriage. Pretty sure I don’t want to for-better-or-for-worse with someone who – hypothetically – burps out loud on Skype chats, whores and abuses old grannies verbally.. Chuck Norris with breasts or not, I don’t just casually put a ring on someone I’ve only had a couple of Twitter dates with. #wishfulthinking

For the record, I claimed on twitter that I was so awesome, I’m like Chuck Norris with tits… I guess it stuck.

3. If you had to carry a giant stuffed animal traveling with you instead of your backpack, what would your animal be? (I would get a horse and pretend to ride it. It would totally fuck with people. “Whaa? Is that girl riding a stuffed horse??” “Why yes good sir, I am”)

“Riding a stuffed horse”?!? That’s gross – you make New Zealand sheep-erotica enthusiasts look like a bunch of asexual Buddist monks. I’d totally bring a stuffed tiger: at least when I’m bored of playing-the-drunkard I can pretend to shag a tiger and make babies with tiger blood.

4. Recently you said ‘ew’ when I said ‘boobs’. Why you gotta be such a boob racist?

This I believe is called sour-grape syndrome: since at a very young age I’d aspired to be a nipple – until, on the same night when I found out that Santa Clause doesn’t exist and his ‘elves’ are just underpaid midgets employed by the mall, my parents told me that to become a tit I must defy all laws of physics. I hate physics. 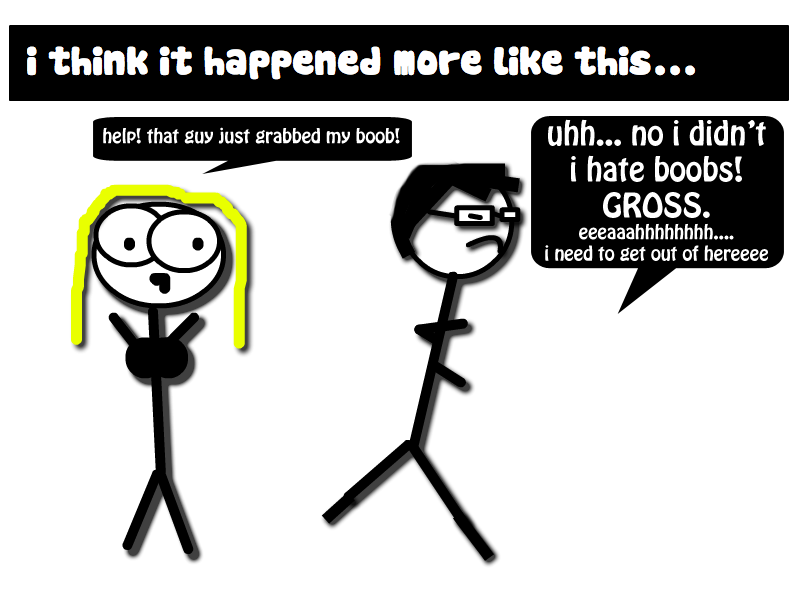 5. What is your ‘on the road’ comfort food? Mine’s beer, it counts as food right?

I drink soy sauce. That’s just about as Chinese as I’ll ever be.

6. If I forced you to eat garbage, would you prefer left over food or cardboard?I would pick neither, but you’re not allowed to do that.

I admire your chivalrous utilising the type 3 past unreal condition, implying that it is an expression of an impossible hypothetical past scenario – hence you would actually feed me with neither left-over food nor cardboard. In any case, if you were to force-feed me with garbage: like a delectable sandwich, there must be both bread and fillings. 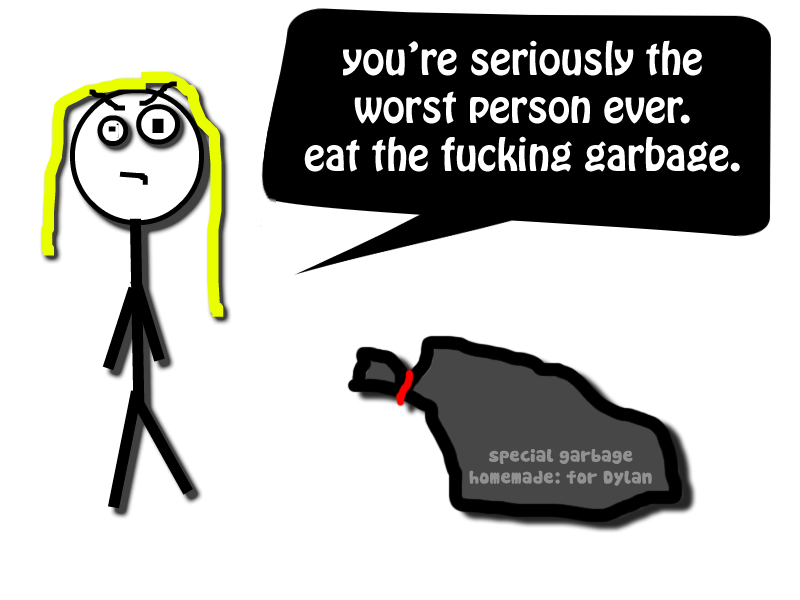 The technical terminology for tree-loving is arborphilia. There’s actually an arbophilia support group online which I would strongly recommend to you – if you’re like Amy Winehouse but love swallowing branches instead of cocks then this is definitely for you. Since I’m a arbophobe I don’t think we can be friends until you come out of tree rehab.

8. Doesn’t hitchiking make you tired and angry?I would be pretty grumpy while standing on the side of a road…

By the time I can be arsed to be tired and angry my body would have slipped into hypothermia. Having hitchhiked over 7000km kinda explains why I’m a cold-hearted man on the inside. 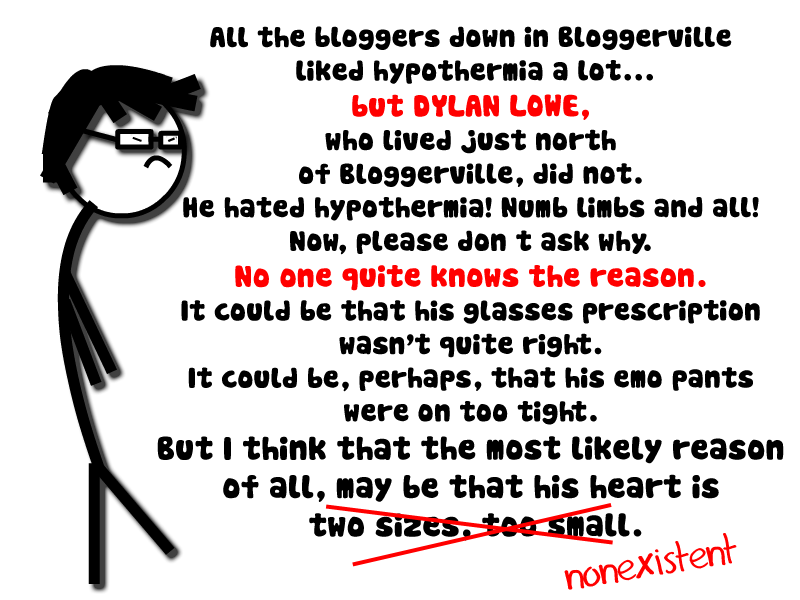 I know this to be true… I told Dylan I was having a bad day once and he signed out of skype.

9. What’s your pickup line to make friends while traveling?

10. If you could have a free flight to anywhere in the world, but you had to sit in the airplane washroom, would you?

If beer ran out of the tap and toilet paper were actually edible flavoured crisps designed by Heston Blumenthal. Clause.

11. Do you think it’s unclean for me to only wash my hair ever 3 days? It just gets so dry!

I can taste sick in my mouth…

12. If you had to morph into another travel blogger, who would it be and why?
Lindsay Hogg’s left nipple. 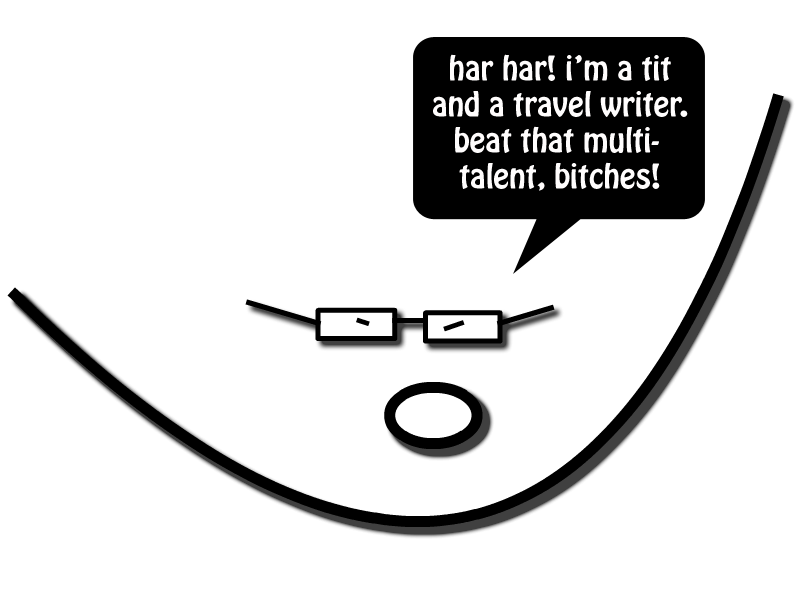 Although I’m not sure how much I like Dylan after this interview, he’s kind of a smart ass, you should still check out his blog TheTravellingEditor