I am Canadian and This is How I Roll 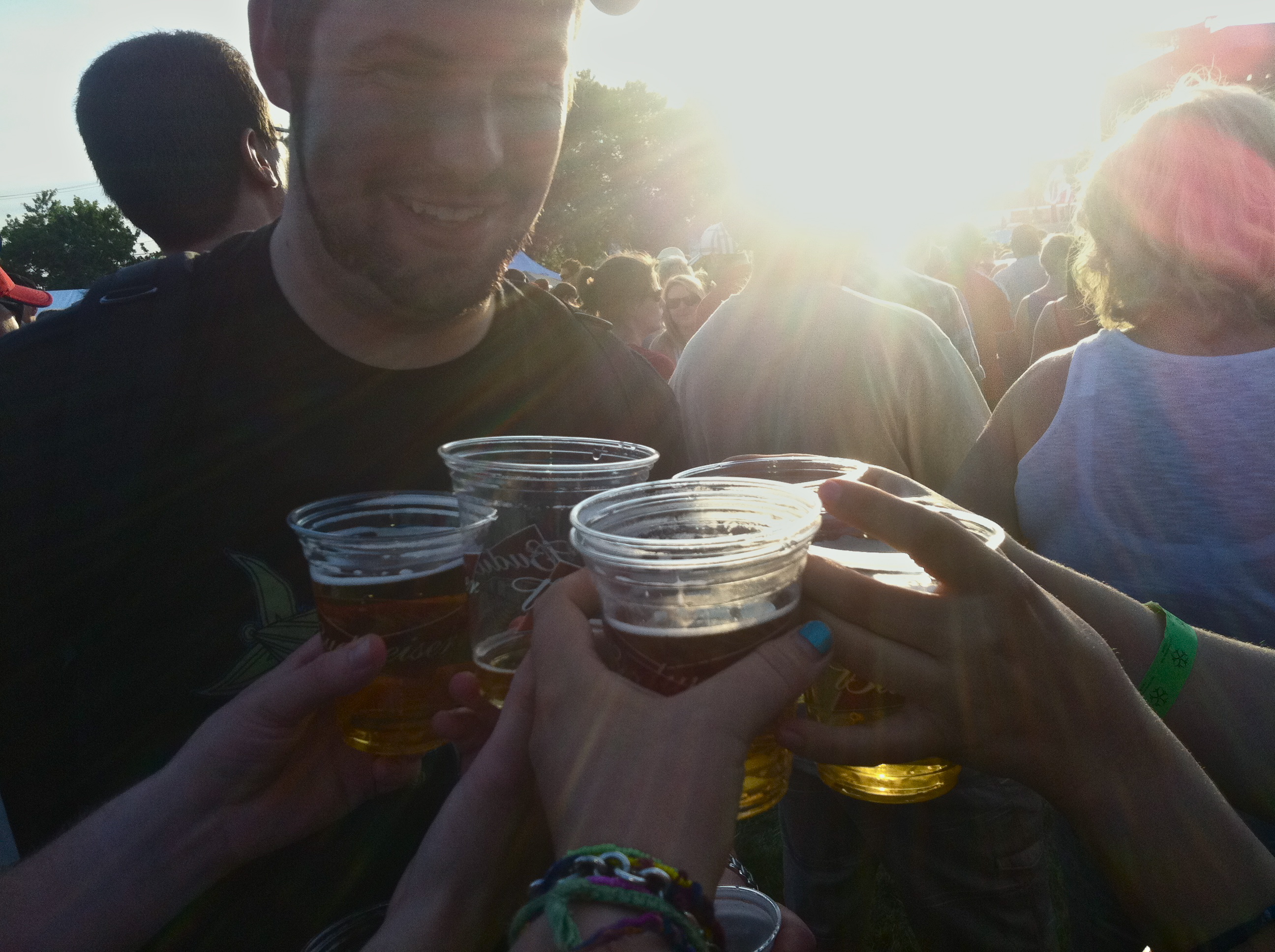 Yes, I’m one of those annoyingly proud Canadians. No, I don’t have a flag on my backpack, but that’s mostly out of laziness. And no, I’m not offended if you ask me if I’m American, it’s all good. Americans are cooler than you think – they just have a bad reputation. I’ve met a lot of stupid people from all different countries; stupid people are worldwide. Although most people think Canadians hate it when you call them American. I can only vouch for myself.

But, I do have pride for my country. And yes, Molson beer commercials make me patriotic. Don’t tell me you can’t feel a rush of awesomeness when you watch them. And god damn, it’s good advertising – every time I see a picture of a moose or landscape from Banff I think “Mmm… I could go for a cold can of Canadian”.

My patriotism doesn’t stop at beer commercials. I’m an avid camper and cottager who knows all the good spots. I sit in traffic for hours on Friday afternoons just to be by a fire over a crisp clean lake. 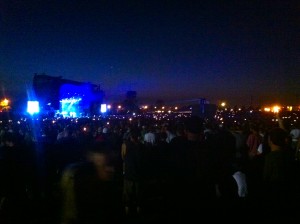 For those of you who didn’t know, July 1st, is Canada Day. Which in short, refers to Canada’s birthday. I went to the Tragically Hip & Weezer concert and prior to our departure to this huge outdoors festival, we spread drunken Canada love all over Toronto. As you can see in the video below, we took it as our national duty to get Jack Astors patio to sing ‘Oh Canada’ with us. It was quite successful, although I’m sure a lot of people found us super annoying as well.

Meet my friends and fellow Canadians on the Jack Astors patio near Union Station, Toronto.

We also did this on the subway. But I will spare you another poorly filmed video from my iphone.

The concert was rad. I enjoy Weezers blue album and thought I wasn’t a huge Tragically Hip fan, but it turns out I knew a lot more of their songs than I anticipated – they put on a wicked ass show.

Just a note to the organizers – MORE BEER TENTS PLEASE.

Waiting in the sweltering sun to A) Buy beer tickets, then waiting for another hour to B) Get a fucking beer = NOT FUN. Alas, that was the most delicious beer I’ve ever tasted. 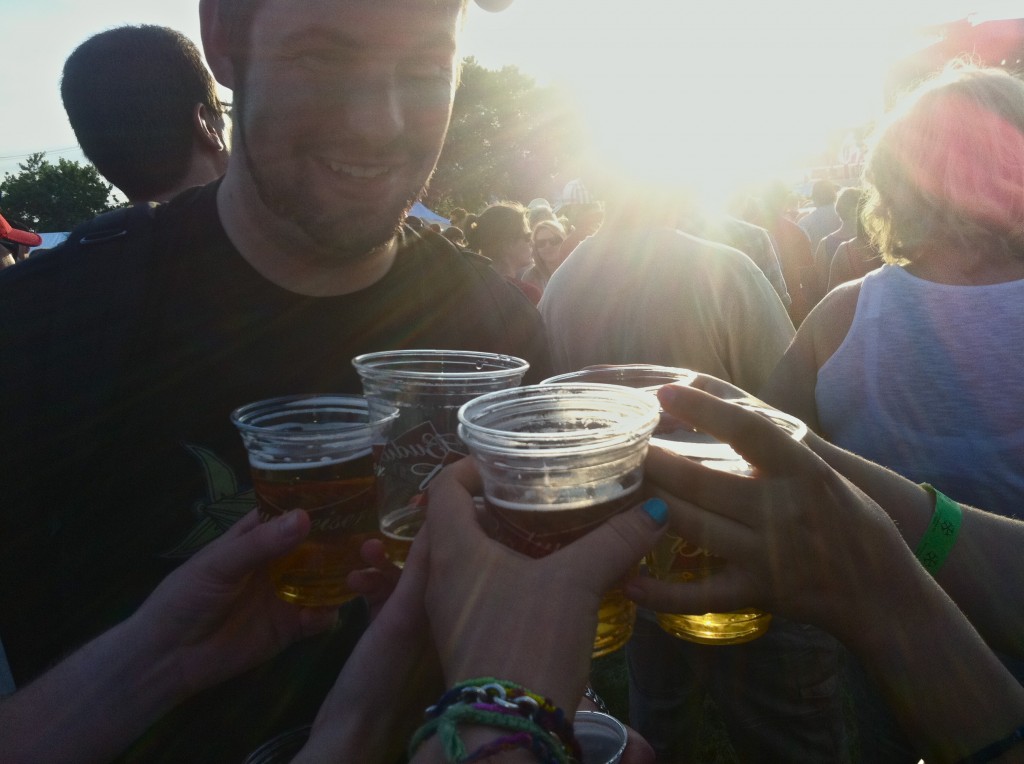