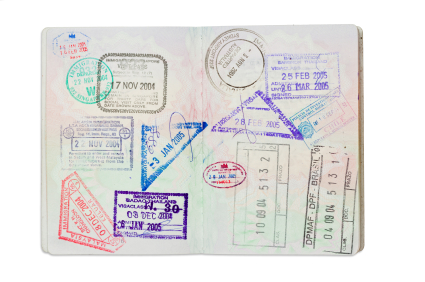 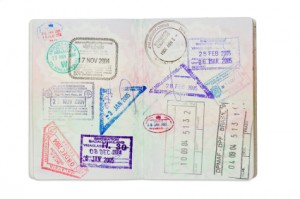 There are certain aspects of trips that, if they were removed, would be greatly appreciated by every traveller out there. Now before you think I refer to those practices and traditions native to particular locales, which would sound like this: “Why do goobers in other countries need to do stupid and different things? Why can’t we all just be the same and do what I do?” let me assure you it is not. That being said, that is generally how I deal with differences that anger and confuse me, but that is a topic for a later day.

No, what I speak of are those glorified crossing guards known as customs agents, particularly in airports. I mean seriously, do you think waiting behind a line for an hour to be asked a series of mundane questions, stared at intensely, videotaped, finger printed and then disdainfully disregarded is the best way to welcome people to your country let alone protect against undesirables? I’m already on the ground – isn’t it a little late for that?

I was on my way home to Canada after spending a year in Tokyo teaching English. I had just departed a trans Pacific flight to Chicago where I would get a transfer to Toronto with a 1.5 hour layover. I thought I could probably make my flight but all that was thwarted when I rounded a corner and entered the queue for customs.

On the left side was the entry for American citizens; the right was for all us foreign devils. Now tell me if this makes sense – the American side had twice as many officers as the foreign side and half as many passengers. Wouldn’t it have made more sense for a flight originating from a non-English speaking country to have more people on the foreign side since it may take more time to get around the language barrier? No, of course not. The result was I was still halfway through the line an hour into waiting while the American side was empty and the agents were talking amongst themselves.

When I finally got to the front after waiting for 2.5 hours, I thought to myself ‘This better be worth it’. After all, I had witnessed those in front of me getting pictures taken, looking to the left, then to the right, standing on one leg while touching their nose with alternating index fingers and reciting the alphabet backwards to prove their worth to enter the U.S.A.

The agent beckoned me to come before him with a singular hand gesture. I placed my passport before him. With a ragged sigh that seemed to evacuate all hope from his being, he scanned my sacred document and flipped to the first page. Apathetically, he asked ‘Where are you coming from?’ I replied ‘Tokyo’. He then set down my passport and, without even looking up at my visage, replied with all the sincerity his profession and lot in life afforded him: ‘Have a nice day’.

I had a friend coming home on the same flight but was a U.S. citizen and they were asked ‘Where are you coming from?’ and ‘How long were you there?’ before being wished a nice day. In other words, a Canadian is less of a threat to American security than an American citizen is.

The nerd in me used to enjoy customs for the stamps, but a lot of countries are just scanning them these days, bringing customs down yet another peg. How many times have you been through an airport and thought ‘Man, I wish I could be a customs agent – they are such, enthusiastic individuals who really take pride in their work!’ Never. Nobody has ever said that. They hate their lives and quite often you as a result.

There have been good experiences with customs, mostly those in New Zealand and Japan, but by far and away it is an inconvenience I wish I could avoid. I know why it is done. I know it serves a purpose and a slight hassle for some travellers to protect others from harm is warranted.