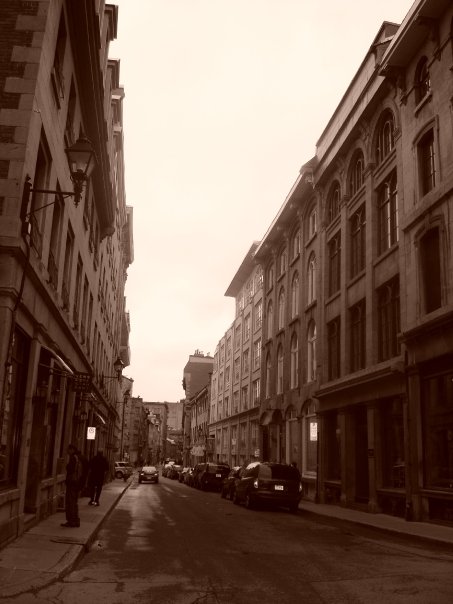 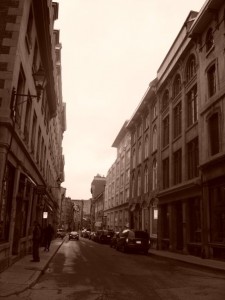 I’m from Ontario, and I’ve always lived in the same city, so I’m a pretty white-bred, Anglo-saxon suburbanite with a car and a cat and a retail job.  Sometimes it’s hard to imagine that I might have any semblance of a cultural bone in my body, so when I think about Spain, a little chill runs through me as I imagine living in on of the apartments in Madrid going to salsa parties every night, running with the bulls, and drinking the tequila with the worm at the bottom.  That’s about the extent of my very narrow and pretty inaccurate understanding of a place like Spain from a cultural standpoint.  But then I thought about my own city, and what it means to live in a place like Toronto, and I realized that, if you really wanted to go beyond that simplistic understanding of somewhere else, you need to live there.

The way I see it, going to somewhere like Spain if you’re from anywhere but Spain is like going to Quebec if you’re from anywhere else in Canada.  And since it’s the closest I’ve gotten to culture shock in my still fairly un-travelled life, this is how I relate it.  First, you can go to Quebec City, or you can go to Montreal, and it’s great there.  There are tons of things to do.  There are art galleries, and universities, and coffee shops and theme parks and hotels.  There are resort towns like Mont Tremblant where cute little shops are cut into the side of a mountain so you can shop for souvenirs while enjoying a stunning view at the same time.  In my road trips across Canada I’ve done all of these things in Quebec, and it didn’t faze me, because all these places still felt very much like Canada.  But it wasn’t until we went to eastern Quebec and to places like Gaspe, where there’s less and less tourist traffic, that I got my first hint of culture shock in my own country.

In places like Quebec City or Montreal, you get a lot of Francophones, but most people are bilingual, or at least very familiar in communicating with people in English.  But on the way to Gaspe, there are towns and large areas where we found ourselves miming to locals and making sad attempts at employing our meagre high school French to try to ask for directions, because in places like that, there are few to no English speakers.  You can walk into a Poissonerie (where they make the most delicious cod I’ve had in my entire life) and find yourself surrounded by language you don’t know, and for the time we spent in this part of Quebec, it was like we were in a different country.  And it was fascinating.

This is the kind of travelling experience I want.  Since I’ve had to limit myself to my own continent, these kind of experiences have been hard to come by. But I’ve realized if you’re going to enjoy your time in a new culture, whether it’s camping in Gaspe or couch surfing at Madrid apartments for several weeks, you can get culture shock.  And if you embrace it instead of trying to hide from it, this culture shock can be a refreshing experience.