Do Everything They Said You Shouldn’t 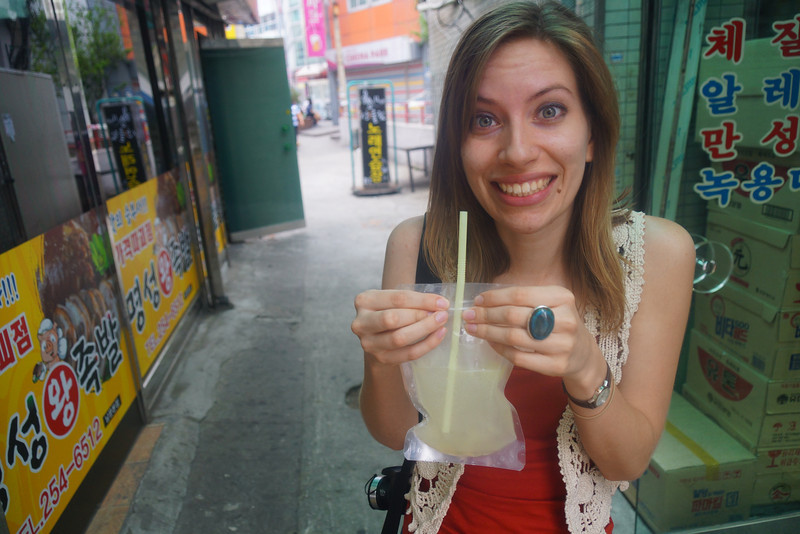 This wicked guest post has been brought to you by Audrey Bergner, who contacted me offering free boob grabs for a guest post on The Traveller. I graciously took her offer and here is the fantastic result. I bet my boob grabbing skills made her a better writer…

As a young woman travelling unaccompanied, I have received some well meaning but unpractical advice from people in my immediate circle of family and friends. Most of their concerns revolve around my personal safety and I can understand why; I do tend to jump into things headfirst and ask questions later. Yet at the same time, most of this advice is completely ridiculous. I mean, if I am travelling halfway around the world in search of new experiences, I can’t be suspicious of every person I encounter.

Today I am here to share some golden rules that were made to be broken! 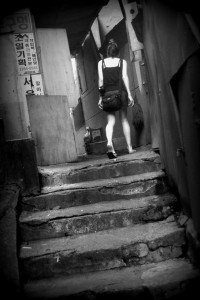 Don’t talk to strangers.?
This is the first rule I threw out the window. People are fascinating! I am constantly inspired by the people I meet when I travel; their life stories, their loves and their failures, where they’ve been and what they’ve left behind.

You never know where a mere ‘hello’ will lead. I once met the editor of a major newspaper when I was vacationing in Cuba, and the woman was kind enough to answer all my questions about travel writing (even though I was borderline pestering), and I even got to spend the afternoon exploring the markets with her!

I have accepted a dinner invitation from local Brazilians and as a result ended up dancing samba in Rio de Janeiro’s favelas with a troupe that was practicing for Carnival.

I have joined new friends for drinks, yes the ones I met two hours ago, and found myself hiking down a highway at 3 a.m. in search of a magical green pond… Wait, what?

Every friendship, whether it’s one that lasts for a few hours or years down the road, begins with a smile and a simple ‘hello’. So chat with strangers because you never know where it may lead. 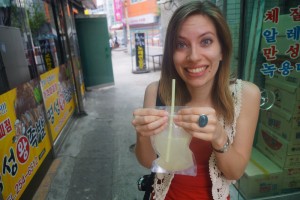 Don’t buy street food.?
I love eating – you might even call it a passion of mine. My enthusiasm for food certainly makes up for my lack of skill in the kitchen, so it’s only natural that I would enjoy visiting the open-air markets where the vibrant colors and luring aromas draw me from one stall to the next.

I would argue that the best place to get a taste of a country’s cuisine is from the cart of a local street vendor! Their recipes have been passed down through generations and tweaked to perfection. Whether it’s a freshly squeezed glass of sugar cane juice or a churro or empanada to munch on while I stroll down the street, I’m a happy girl when I have good food in hand.

It also helps that I have a stomach of steel…

Don’t go out after dark.?
You can’t expect me to stay in and sleep when there are great adventures to be had. Cities come to life at night. Between the glittering lights and the cast of characters that emerge after sundown, nighttime is the best time to prance around a new locale.

If I stayed indoors in the comfort of my hostel after dark, I wouldn’t have danced on the packed streets a gritty bohemian neighbourhood, or gone on the epic Buenos Aires pub crawl, or smoked hookah with Moroccans on the streets of Frankfurt while World Cup fever reached its climax – and these are some priceless memories!

So bid your roommates a good night and don’t come back before midnight! 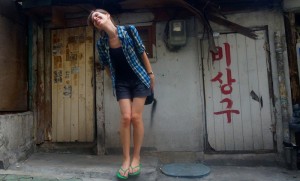 Don’t wander down back alleys.?
There are alleys and there are alleys. I certainly would not wander down an unlit back alley with a precarious figure looming under the cover of night. That being said, I don’t turn up my nose at the gritty back streets – on the contrary, I think they are a great place to explore!

The back streets are where the good stuff is hiding; like the little restaurants and cafes where the food is just as great as on the well trodden streets, with the added bonus of being affordably priced.

The back streets also tend to be less frequented by tourists, so they provide a great setting to watch local life unfold. And let’s not forget the colorful street art that can often be found gracing the back entrances of buildings.

Sure, you may need to step over a little garbage, but what’s hiding behind is often worth the trouble.

Don’t let strangers buy you drinks.?
The reasoning behind this one isn’t completely lost on me; we all know how the scene unfolds in those crime shows…. I do, however, think there is a time to be merry and share a pint or two with people you’ve just met. (I’ll let you be the judge of that on a case-by-case basis.)

My recent experiences in Korea have taught me that it is not uncommon for strangers to walk up to your table with an ever-potent bottle of soju and ask to do shots. Who doesn’t want to let their hair down after an insane workweek? Pour me a glass and let’s be friends!

Note: you may or may not wind up at a karaoke bar at 3 in the morning singing Oasis at the top of your lungs…but you’ve been forewarned.

So there you have them. Excellent rules in theory, but from personal experience, even better when broken!

Audrey is the girl behind That Backpacker. These days she can be found exploring Korea by train, stuffing her face with foods whose names she cannot pronounce, and wandering Seoul’s crooked back streets. She also tweets about the strange occurrences that come with living in a foreign land @thatbackpacker.