One year for Christmas Mama Kamikaze gave my brother and me a cruise as a present. It was a pretty awesome, actually, because it was a week of sailing around the Southern Caribbean and having room service deliver cheeseburgers to my stateroom so I could eat them in bed.

When we got to Grenada, I got out of bed, shook off the cheeseburger crumbs and headed out with my bro on a driving tour of the island. First we visited a spice shack perched precariously on the edge of a cliff. The owner showed us all the spices, specially harvested from the surrounding hills – definitely not available in the market, only here! Well, I’m no sucker; obviously I bought one of everything. I was looking forward to laughing at those suckers buying spices down at the market!

Then it was on to Fort Fredrick, where we saw all the highlights of your typical colonial fort. When we passed a low stairway descending into a dark stone cellar, we asked if we could go down. The guide said we could go, but she wouldn’t join us. There were no lights and no windows. This might also be the time to mention my pathological fear of the dark. 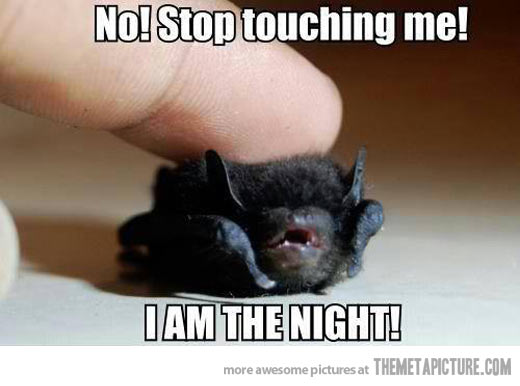 I kind of lurked around the bottom of the steps while my brother and another girl went all the way in, but when they found some tiny windows, I wanted to go see. It was at the moment that a gigantic bat monster ghost whooshed past my ear and totally knocked me over with its powerful ghost wings! I am super brave, but who wouldn’t scream after being attacked by a ghoulish monster bat? Now everyone was scared and my brother started taking pictures to light up the ghost cave with his camera flash. We saw two horrendous beasts hanging upside-down in the corner of the cave, staring at us with glowing red eyes and blood dripping from their fangs. I’d say they were probably about as big as a large Doberman. Oh, and they were ghost bats. They were poised for another strike when we fled the bat cave and stumbled up the stairs into the sunlight.

We never spoke about that day again. Except that my brother posted pictures of me fleeing the bat cave on facebook. On the ride back we stopped at the spice market. Lo and behold, at every single stall they were selling the exact same baskets of spices that I had purchased earlier that day, and they were selling them cheaper!  So take it from me: buy your Grenadine spices at the market and, if you value your life, do not enter the haunted bat cave of Fort Fredrick.