Rome and its Districts – All You Need to Know! 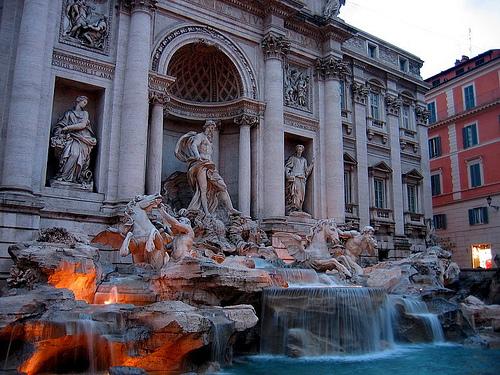 Rome is a huge city, with lots to see in all corners of it. It can be fairly tricky, however, to get a grasp of the best places to stay in Rome when visiting for a Rome holiday. You may be looking for a place in the heart of the city where you’ll be next to all the nightlife or you may be looking for a quieter place if travelling with kids. Whatever kind of area it is you’re looking for, there are apartments in all parts of the city and, furthermore, by reading on here you’ll also get a good idea of what to expect from each Rome district. 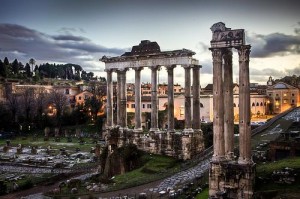 With the Colosseum, Roman Forum and Theatre of Marcellus, the Ancient City of Rome is the most visited part of the city by tourists. Staying in this part would certainly put you at the heart of the main attractions and living just a short walk from the Colosseum would be a once-in-a-lifetime opportunity.

Just across the River Tiber from the Ancient City is the district of Trastevere. This charming and picturesque district is just a little bit south of The Vatican and doesn’t to be honest have any major landmark. That’s the beauty of Trastevere, however! It is the casual and laid back atmosphere of the district that makes it worth a visit. Enjoying a café on one of the cute little streets or even in Santa Maria Square is the perfect way to pass an afternoon.

On the northern side of Rome you’ll come across Campo Marzio, an area with plenty to see and do. Two of the city’s biggest squares are found here – Augusto Square and Popolo Square – as well as the famous Spanish Steps. On top of these places worth a visit, there are loads of little boutiques and other shops. And after a day of sightseeing and shopping in Campo Marzio you’ll be happy to know that there are plenty of restaurants too where you can refuel. 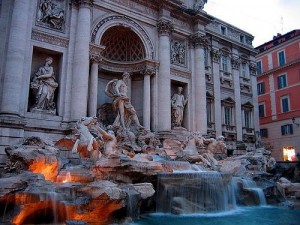 Unsurprisingly this is where the famous Trevi Fountain is found. Other than the fountain, the business district and Presidential Palace are found here making a busy area with locals as well as tourists. Staying in what is essentially Rome’s CBD might not be the best idea for your stay, but if you do come across a place that you simply love, you will at least be in a very central location for exploring all of Rome.

The square of Piazza Navona is the most central part of Rome and is where the majority if the nightlife is found. Nearby Campo de’ Fiori is also the perfect spot to grab a drink outside in the early evening before the whole area becomes party central later on in the night. This is certainly a good place to stay if planning to sleep by day and arty by night during your Rome stay.

The one area of Rome where you won’t actually be able to stay the night! The Vatican City is the official residence of the Pope and a separate state from the rest of Italy. A visit here is a must during any Rome trip so staying in nearby areas such as Prati or Trastevere would put you in the perfect spot to beat the lines.