Weird Germany in the Middle of Africa

This article has been brought to you by: Donnie Does China – He’s new to TheTraveller team and I’m too lazy to write a bio about him. So subscribe to his YouTube channel and his Facebook page. 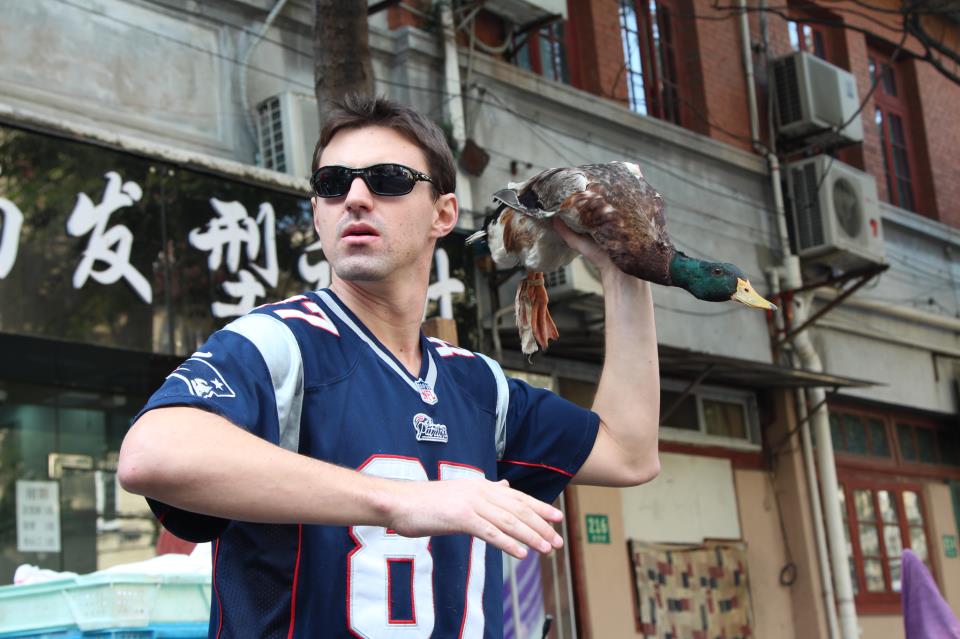 After driving through the Namibian dessert for two hours, all we had seen were sand dunes, huts, and some livestock. However after coming over a mountain we finally spotted the ocean and a small town nestled right up against it.  From a far it looked like your typical African town. However, I realized this might not be the case when I started seeing fake Christmas trees lining the road. As we entered the village we soon realized that Christmas trees weren’t the only things that felt amiss. The majority of people walking the streets were old European tourists, all of the architecture was distinctly European, and all of the street and store signs were in German. As it turns out, Namibia was was once a German colony and some cities such as Swakopmund haven’t changed much since the Germans left in 1815. 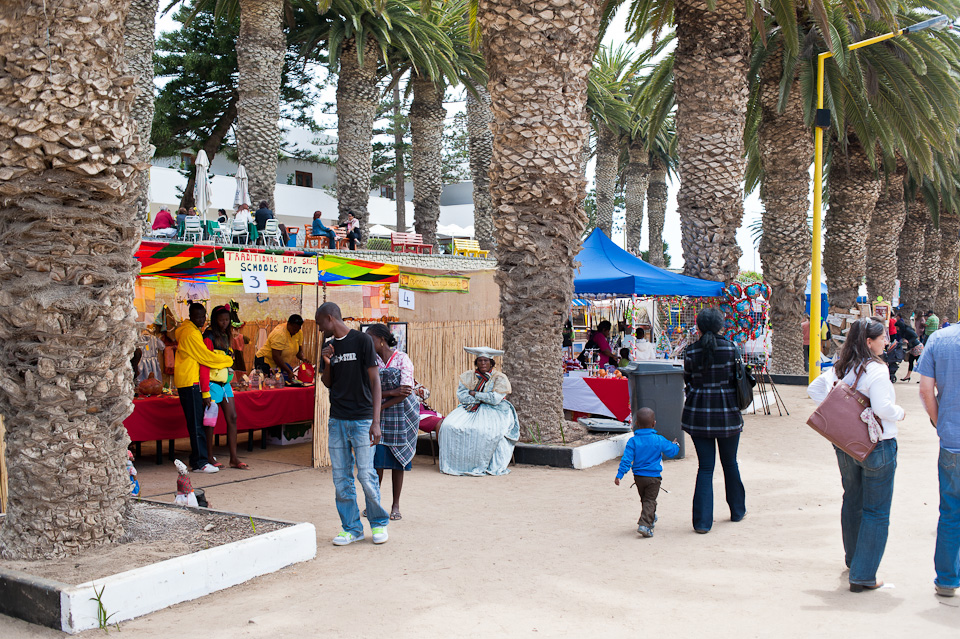 Seeing I was there right before Christmas, there was even a giant fair happening in the cities main plaza complete with Christmas lights and vendors selling sausages, German beer, and stocking stuffers. I’m assuming fairs quite similar to this were happening simultaneously thousands of miles away back in most German towns. Some people have gone as far to claim that Swakopmund is “more German than Germany.” I don’t know about that as I’ve never been to Germany but I do know the city has become a popular destination for German retirees and Germans wishing to escape the winter without having to go somewhere that feels too different from home.

While its probably possible for some of these German tourists to convince themselves they’re just in an exceptionally warm German town, there are quite a few things to remind people that they are in fact, in the middle of fucking Africa. For instance, from any second-story building you could look out the window and spot the giant sand dunes that surround the city. Also, while grabbing a beer at any of Swakopmund’s excellent German restaurants it wasn’t uncommon to see impala, water buffalo, and zebra on the menu. The most jarring reminder that your still in Africa though was the giant township on the outskirts of the city, which was filled with dilapidated shacks and Shabeens(informal African bars). We spent one night here and while it’s clearly a wicked impoverished area (as all townships are), all the people we met were extremely nice and we never felt in any danger. One group of locals was even nice enough to invite us into their shack and roll me up a joint using a piece of a newspaper. (Disclaimer: smoking newspaper is supposedly horrible for your lungs. Only do it when trying to be polite in an African township.)

On top of being known as “little Germany”, Swakopmund also claims to be the extreme sport capital of Southern African and I can’t disagree with that. While there I got to take ATVs out on the sand dunes, go skydiving, and go sandboarding and sandsledding. The sandsledding was definitely the highlight of my trip. On one of the largest sand dunes the instructor broke out a radar gun and clocked us cruising down the dunes at around 45 MPH.  However, I do have to warn people that there are no chairlifts in African deserts so If you want to take a lot of runs you’ll have to WORK for it.

Although I was only in Swakopmund for about four days, I would say that its odd mix of cultures combined with its abundance of extreme recreational activities made it one of the most fascinating and exciting places I’ve ever visited.

If you don’t know much about Donnie, check out one of his hilarious videos! This gives you a good idea of what you will be watching from his channel.