A city of culture: experience the best of Birmingham 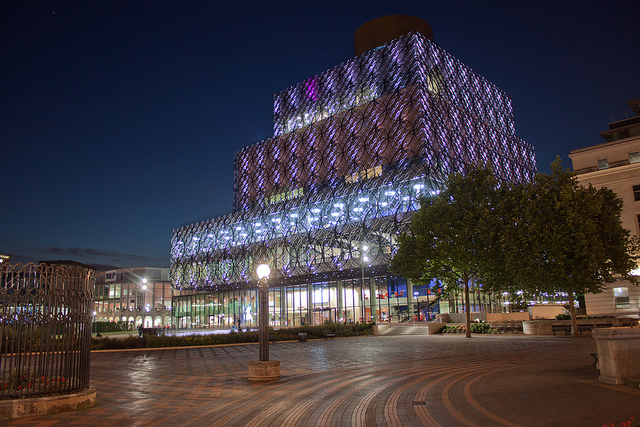 Its name deriving from the old English word Beormingah?m, the city of Birmingham has existed as a settlement since at least the sixth century. Since 1166, when Birmingham began to flourish as a commercial center, and during the Industrial Revolution in particular, the city has undergone a number of huge transformations, and is now renowned as “England’s second city”.

With over one million residents, who are affectionately known as “Brummies”, numerous shopping precincts, a cultural hub to rival London’s, and a history as the city of a thousand trades, Birmingham is a bold, vibrant, and eclectic destination.

Things to see and do in Birmingham

Whatever you enjoy doing on vacation, you’re sure to find kindred spirits in Birmingham. For example, it has some of the best shopping to be found in the UK, with the Bullring pulling in over 150 of retail’s most impressive names, the Fort giving a home to a number of outlet stores, and a reimagined shopping precinct, Grand Central, due to open this fall.

Culinary delights are also aplenty in this dramatic city, while you’ll be hard-pressed not to fall in love with its Chinatown, Jewelry Quarter, great glass structures, and older, cobbled streets; Birmingham is a world of diversity, where east meets west, and new meets old. Speaking of culture, you’ll find it in spades in England’s second city; the National Indoor Arena, Midlands Arts Center, Birmingham Repertory Theater, Birmingham Royal Ballet, the Hippodrome Theater, a magnificent library, and smaller, more intimate music venues have all made their home in Birmingham, while the NEC and Genting Arena are two huge, and fantastic, musical event and exhibition centers located on the city’s outskirts.

For families or those looking to discover a little bit more of Birmingham’s fun side, Cadbury World, the Botanical Gardens, the Planetarium, ThinkTank Birmingham Science Museum, and the SEA LIFE Centre are all fantastic attractions to try. Meanwhile, celebrating the city’s rich transport heritage, The National Motorcycle Museum, The Heritage Motor Centre, and The Wonderful World of Trains & Planes are all highly recommended, while the Star City Complex is yet another place to enjoy.

Are you still unconvinced by Birmingham’s many charms? The city is also the perfect place from which to explore the surrounding areas. Tamworth, which is just a short drive or train journey away, is home to the SnowDome, which was once the world’s only indoor real snow ski slope, while Warwick Castle, the Black Country Living Museum, Twycross Zoo, and Go Ape are also renowned tourist attractions in the Midlands.

Of course, with so much to see and do, you’ll need a base from which to venture each day. From five-star hotels and luxury boutique accommodation, to vacation rentals in Birmingham, the city has so much to offer. World Escape, which is one of the world’s leading short stay experts, offers a range of similar accommodations across the UK, from former City of Culture, Liverpool, to historic Edinburgh and majestic London.

Known for its buzzing city center, metropolitan attitude, and a wide array of things to keep young and old amused, whether you enjoy exploring the great outdoors, shopping until you drop, or having a giggle along the way, make Birmingham your next vacation choice.