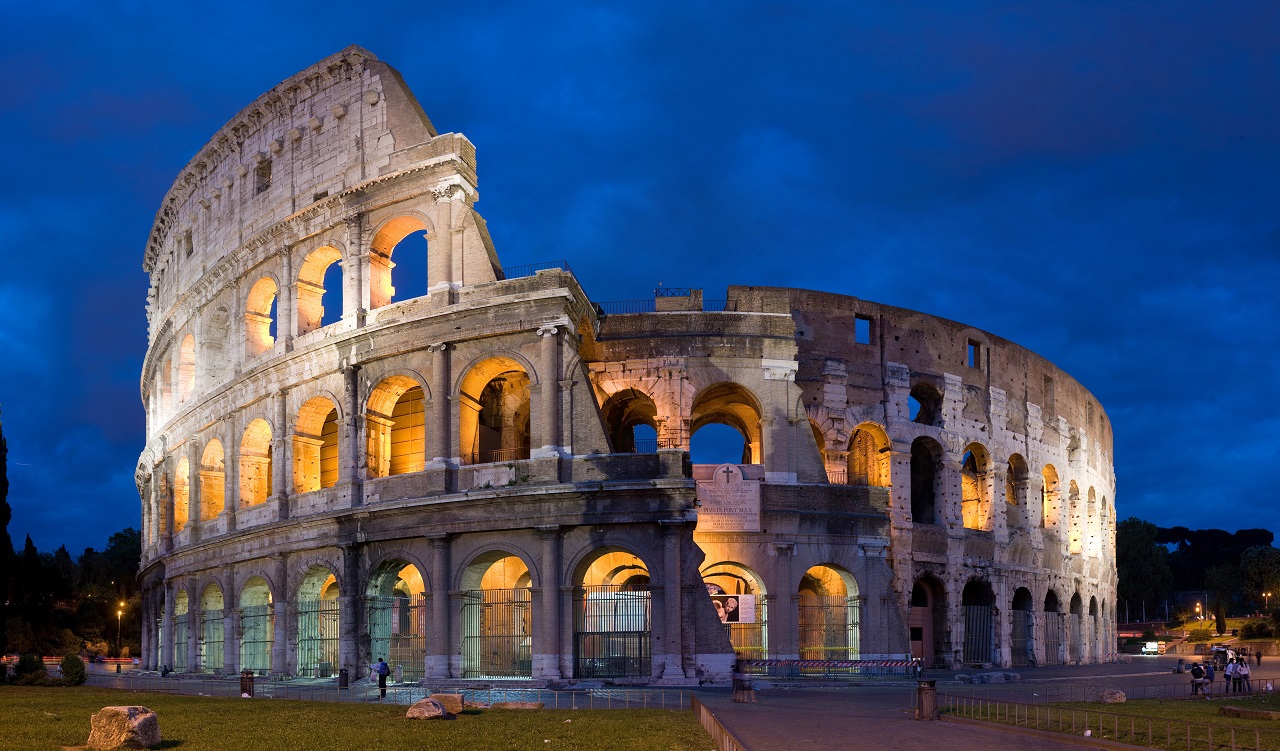 Amongst all the famous tourist destinations, Italy has always been on the top of the list. People often swear that no matter how much life gets busy, visiting Italy is important at least once in a lifetime. Italy, a country in Europe, is famous for its beauty, food, culture, and tourism and encounters thousands of tourists everywhere from different parts of the world. Well, if you are planning a trip to Italy, here is a list of Top-Rated Tourist Attractions in Italy, visit each and every destination and make your trip a memorable one.

Colosseum is one of the famous tourist attractions in Italy. It is an amphitheater built by the Roman Empire and has remained a model for sports facilities and stage shows. Today, the building contrasts strongly with the modern development that surrounds it and is a conspicuous example of ancient times and Rome’s comprehensive history.

There is also an Eros museum on the upper floor of the building’s outer wall. Part of the building was re-floored. Under the Colosseum, a network of underground tunnels once used to transport wild animals and gladiators, which is now open to the public. 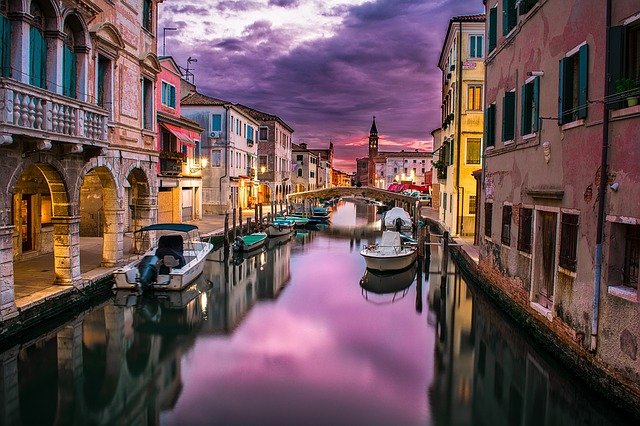 Venice is famous as the most beautiful city in Italy. The canals, buildings, streets, and everything else is utterly beautiful, making Venice one of the best tourist attractions in Italy. If you are planning to visit Venice, don’t think twice and book your ferry tickets with ok-ferry and enjoy this romantic city of islands with your special one.

A gondola trip along Venice’s canals is a tradition travelers love for generations. Venice is an island city, and the canals were the city’s main streets, linked by a maze of small passages. 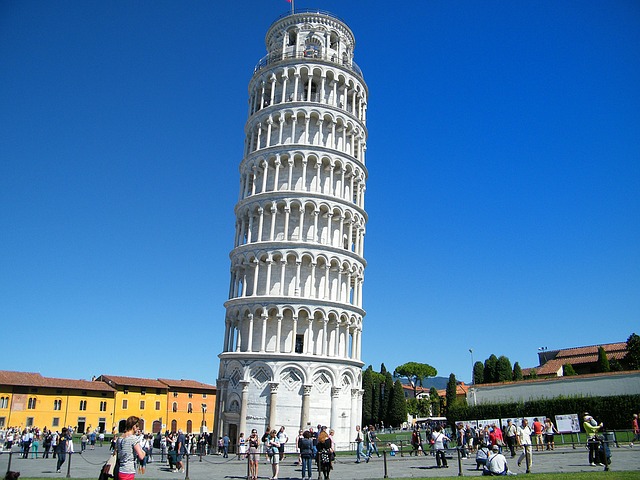 Everybody must have heard about this tower in Pisa. The leaning tower of Pisa (La Torre Pendente) is among the most popular tourist attractions in Italy. It gained its popularity from its flaw and now people enjoy taking pictures with this tower. Every year thousands of tourists visit this tower, learn about its construction history, and enjoy the fabulous view from the top. 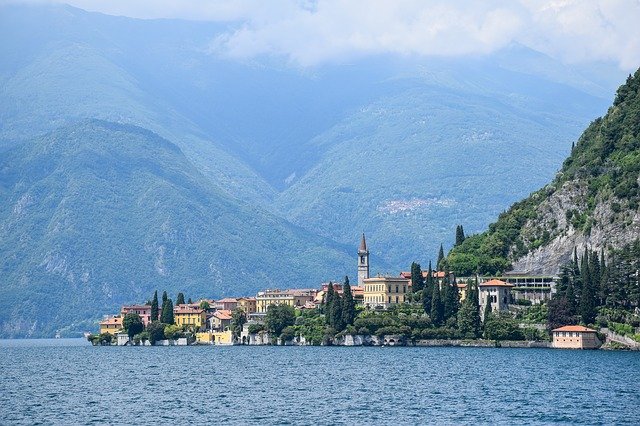 Lake Como is one of the best tourist attractions in Italy, surrounded by mountains and lined by picturesque towns. Coming from ancient times, the lake has many villas and palaces which draw tourists every year. The climate near the lake is calm and serene similar to the Mediterranean Sea.

At the lake’s foot, Como’s small town, important since Roman times, is a train ride away from Milan. From its waterfront, you can depart on regularly scheduled steamers around the lake that make touring the lakeside attractions convenient. 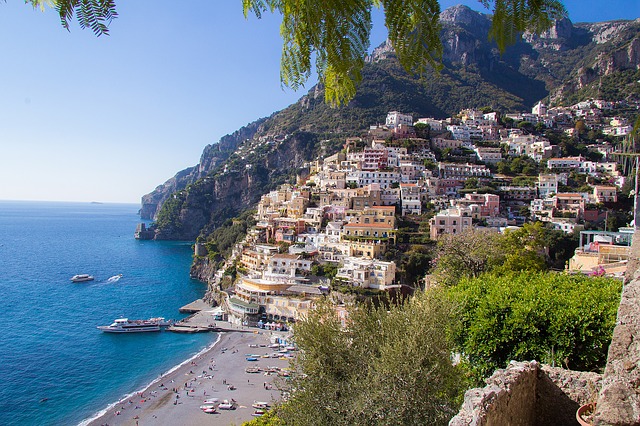 Coming in the list of UNESCO World Heritage, Amalfi Coast is a stunning coastline along the Sorrentine Peninsula. It is among the most visited tourist attractions in Italy. One of the main towns on the Amalfi Coast is Positano, which is full of tourists, and they love to visit different hillside towns cascading down towards the sea.

While walking trails extend along the coast, the most stunning scenery for tourists is Positano’s Sentiero Degli Dei, also known as Gods’ Footpath. It is located towards the west of Positano. 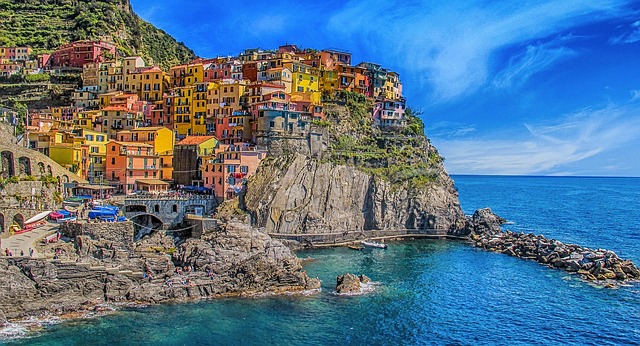 Cinque Terre, which means “Five Villages,” is a lovely coastal region with steep oceanside cliffs and hills. Cinque Terre covers five villages that are famous for fishing and hiking. These villages are Vernazza, Monterosso al Mare, Riomaggiore, Manarola, and Corniglia.

Travelers love to hike between villages and enjoy the landscape, fishing, and remoteness to calm their minds. The small towns retained a sense of old-world fishing villages, providing a feeling of remoteness though in the world of modern tourism. All this makes Cinque Terre one of the best tourist attractions in Italy. 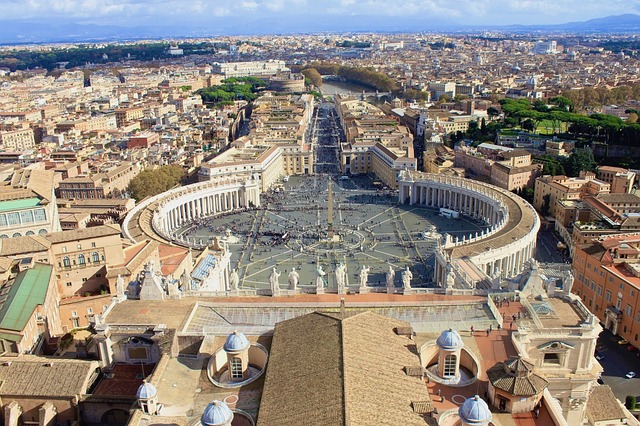 One of the highly famous tourist attractions in Italy, Vatican City is the smallest and worldwide famous city of arts and culture. The city is honored with some of the oldest and priceless arts and art collections. St Peter’s Basilica and St Peter’s Square encounter countless tourists every year. If you are visiting Italy, then Vatican City is a place not to be missed.

Outside the Vatican is St. Peter’s Square, where the pope preaches his followers. The Sistine Chapel display walls and ceilings are decorated with frescoes, whereas the Vatican Palace displays the works of Raphel and many other well-known artists.

At Mount Vesuvius’ base is an ancient Roman city called Herculaneum. Many tourists regularly visit this city, making it one of the most busy tourist attractions in Italy. A volcanic explosion destroyed Herculaneum about 2,000 years ago. Like its larger competitor Pompeii, the earthquake and subsequent mud blanket retained and fossilized most of the design. Herculaneum tourists can see original houses, refurbished to look like they did 2,000 years before, as well as fossilized fossils, antique advertisements, and exquisite mosaics displaying art from the past centuries.

Here wooden furniture, textiles, even food, and skeletons teach us a lot of ancient everyday life. Its colourful frescoes and mosaics remain intact. Since the place is smaller, less busy, and the sights are more convenient to visit, many visitors find Herculaneum more attractive than Pompeii.

9. The Uffizi Gallery in Florence

The Uffizi Gallery is among the must-visit tourist attractions in Italy for art lovers. Besides being one of the world’s leading art museums, the Uffizi is a one-stop overview of Italian Renaissance art. Though it includes works by some of Western art’s great artists, its greatest treasure is its collection of paintings demonstrating step-by-step the development in painting that took place here from the 14th to the 16th centuries.

Here you can see the first experimentation with perspective, as well as some of the early portraits as painters moving past religious painting, and some of the first use of religious art of naturalistic and landscape backgrounds. 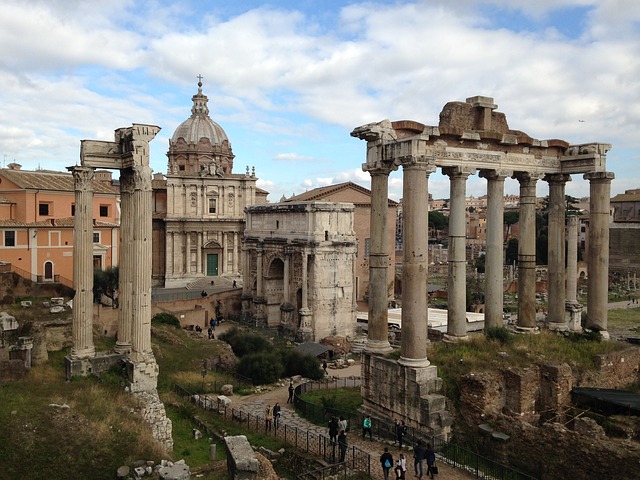 The Roman Forum is among the most historical tourist attractions in Italy. The Roman Forum can take some creativity – or a good tour guide – to explain precisely what it once looked like and how it was used. The historical importance as the center of the Roman Empire, though, cannot be overstated.

Temples were first established, then public buildings, which soon became Rome’s governmental core. Commerce followed with the development of market halls that made the Forum the city’s public life center and finally the Roman Empire. 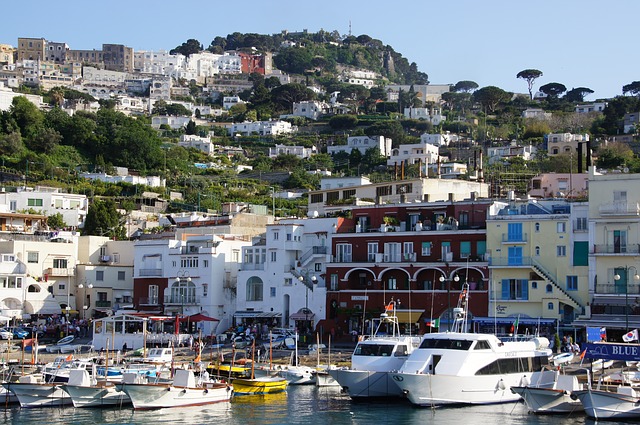 The Blue Grotto is one of the top rated tourist attractions in Italy, but there are other opportunities to take a fast boat trip from Naples, Sorrento, or the Amalfi Coast to Capri’s fabulous island. The steep granite island just off an intense blue shore, its rocky cliffs softened by green pines and tropical plants.

From nearly anywhere on the island, you can get a clear view. The stunning Villa San Michele could have the best views from its gardens overlooking the Marina Grande from Anacapri village, high above. 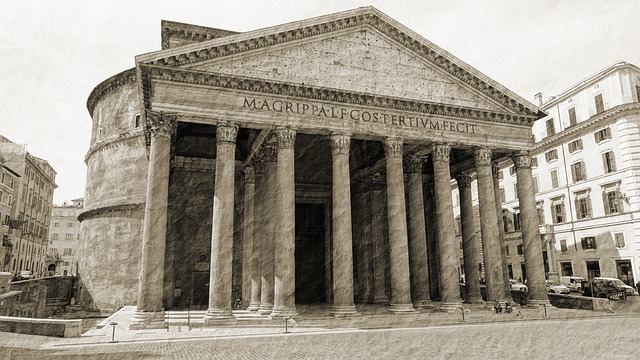 The exact dimensions of the place, devoted to the planetary gods, with the height equivalent to the circumference, and a single light beam approaching the space from the top of the roof, is supposed to reflect the firmament and the sun. 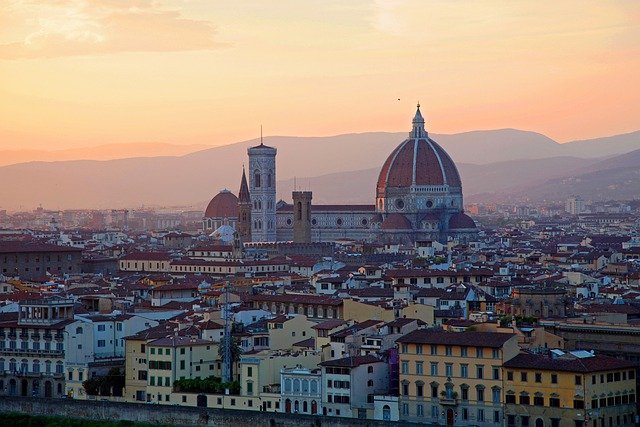 The Duomo Santa Maria del Fiore is surely one of the most beautiful tourist attractions in Italy. The place is deemed one of the finest cathedrals in the country and occupies the skyline of Florence. The cathedral was designed between the 13th and 15th centuries, with the most prominent piece being the remarkable dome. It was completed by Filippo Brunelleschi in 1434.

The cathedral’s bell tower stands opposite the Piazza del Duomo cathedral, clad in the same patterned marble characteristic of Tuscan Romanesque architecture.
Crafted by Giotto, the campanile is 82 meters tall and you can climb the 414 steps to a viewing platform with spectacular city and dome views. 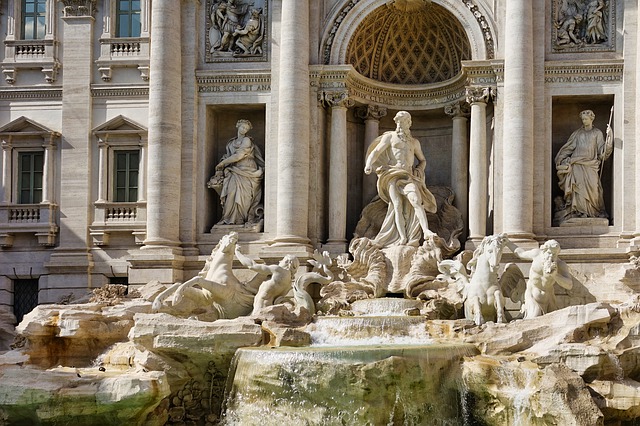 One of the top-rated tourist attractions in Italy is Trevi Fountain. Nicola Salvi designed the fountain in 1762, representing the god Neptune, accompanied in combat by aquatic animals. Interestingly enough, Trevi’s name comes from Tre Vie (three ways), since it was the meeting place of three streets.

Trevi Fountain is regarded as a spot to throw in a coin for a ride back to Rome, and throwing two coins will ensure romantic relationships with a Roman man or woman. A significant fact is that coins worth around €1 million are collected from the fountain each year. This money has been utilized to help charitable causes since 2007.

The fountain is lit at night, rendering it a beautiful romantic spot to explore. 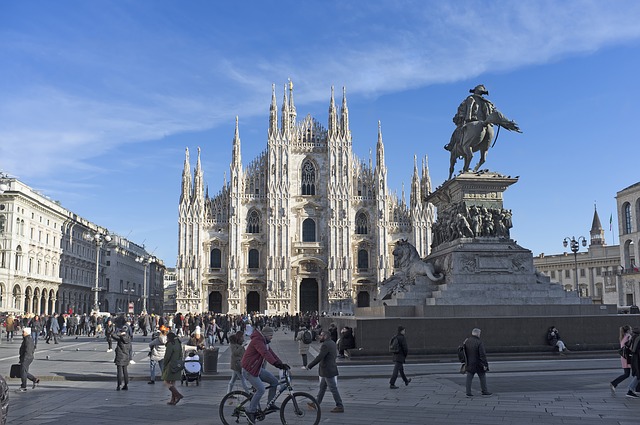 Milan’s majestic Santa Maria Nascente Cathedral, “Il Duomo” to the locals, is one of the world’s biggest churches and perhaps the finest example of Gothic architecture anywhere. This makes it one of the best tourist attractions in Italy. Its statue-studded façade (the cathedral’s exterior has a total of 2,245 marble statues) and the 135 stone pinnacles that crown its roof make a first impression, strengthened when you walk within.

An elevator can carry you to the top, where you will walk around the stone pinnacles at a dizzying height. 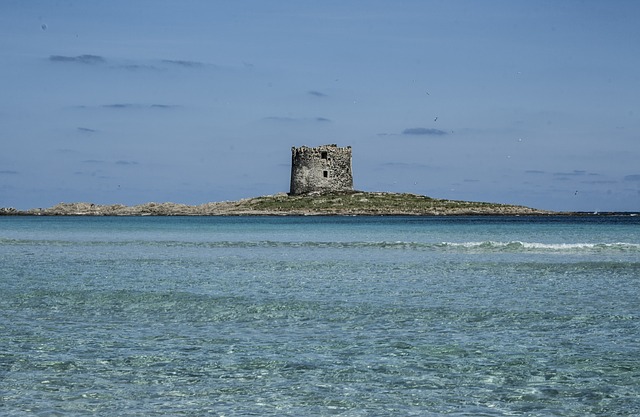 Off the mainland’s west side in the middle of the Tyrrhenian Sea, is the island of Sardinia island. Though Sardinia boasts a range of beautiful beaches, none is as picturesque as La Pelosa. Because of its sandy beaches and shallow seas, the beach is so beautiful, making it possible to see straight down through the crystal-clear bay. The beauty of the beach makes it one of the most magnificent tourist attractions in Italy.

La Pelosa is also linked to the Caribbean, giving Italy those tropics. Surfing, kayaking, and also scuba diving at or around La Pelosa. 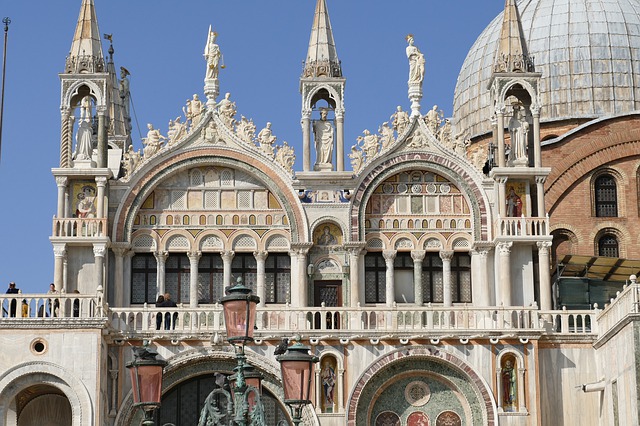 One of Venice’s most popular tourist attractions is St. Mark’s Basilica, whose ornate Byzantine-inspired façade and domes overlook Piazza St. Mark’s Square. The structure itself is an artwork, with a combination of architecture types strongly inspired by the Byzantine Empire, reflecting Venice’s long trading links to the East.

The large interior highlights the brilliant mosaics covering its domes and vaults, and the high altar draped in gold and jewels. Treasury includes more glowing gold and diamonds.

Climb to the porch to stand amid the famous horses for an incredible view of St. Mark’s Square, the tall campanile and clock tower. Next to the basilica is Doge’s Residence, packed with priceless Italian art masterpieces. 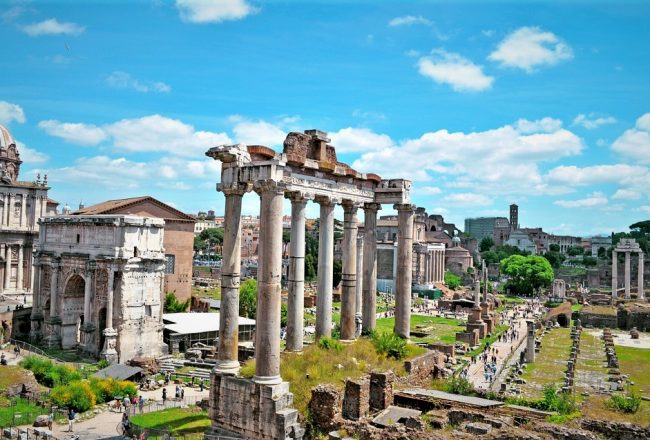 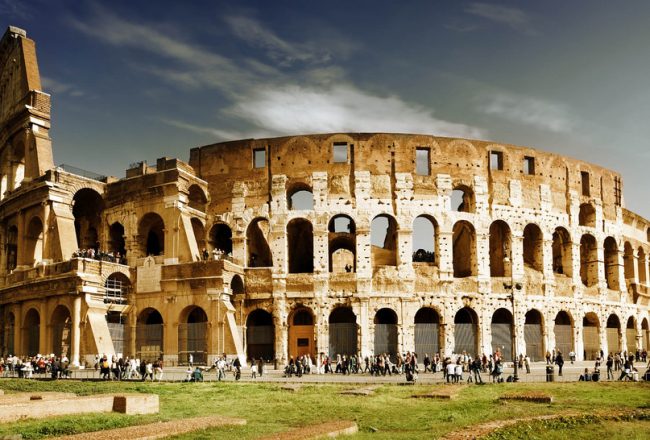 Top 10 Things to do in Rome