The Crazy Guy from New Zealand 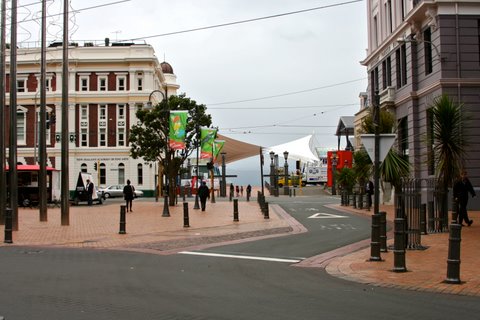 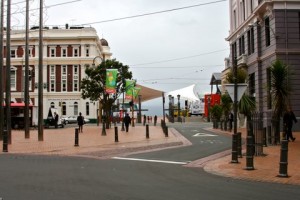 I keep reading posts written by travel bloggers who have found themselves in the company of someone who may be referred to as ‘crazy’. I’ve finally come across one and written it word for word to share with all of you! You’re welcome…
I decided to travel from the south island, New Zealand, to the north island by ferry. Although at the time I vowed to never step foot on a boat again and search for cheap flights whenever I needed to get from A to B, but the experience made for such a good blog post! And I guess you can come across ‘crazies’ anywhere right?
I’ve met some out of control people through my travels, but no one compares to the dude I met on this ferry. He sat down beside me and once I realized how interesting our conversation was going to be, I pulled out my laptop and wrote it down, word for word.
It started out slightly innocent. He asked me where I was from and I told him I was Native to Canada. To which he replied:

“You Americans say such silly things, like ‘garbage can’ instead of ‘rubbish bin’.

I just laughed, and didn’t correct him that I am Canadian, not American. I assumed he wasn’t paying attention until he questioned me with THIS:

We chatted a bit more about how I was going home for Christmas and although I was excited to see family, I dreaded the snow and wished I could find a cheap flight to Alicante, Spain and soak up the sun for Christmas. After explaining to him where Spain was and that, yes, they do speak Spanish there he randomly asked me if I was  “scared when that big explosion happened?”  For a minute I thought I had missed something on the news and was unaware of something that had happened back in Toronto…

Me: “What explosion, was this recent in Canada?”
Roy: “You know in the city, that big attack, did you hear it?”
Me: “Are you referring to 9/11?”
Roy: “Yeah, that’s it! Those black guys attacking America”
Me: “Um, no… that was in America, I was still in Canada about 10 hours away”

Now, I don’t expect everyone to have a large geographical knowledge, but come on! Because this wasn’t entertaining enough, he then asked me about my travels and I somehow got on the topic of Peru…
Roy: “That’s the capital right?”
Me: “No, it’s a country, it has it’s own capital though”
Roy: “So what’s the capital then?”
Me: “What do you mean?
Roy: “What’s the capital of South America!?”

QUICK! Change topics!!! I thought it couldn’t get any worse, but this is what made me wish I was on a plane rather than this boat.

Me: “So, have you been anywhere outside New Zealand?
Roy: “I’ve been to Australia and I was supposed to move there for work but I won’t be able to right now”
Me: “Why can’t you move there?”
Roy: “Well I had a going away party a little while before I was supposed to leave and this guy was ‘getting all up in my dad’s face’ so I beat him up, really badly and now I might be going to jail for over 2 years. 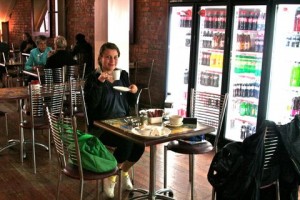 Our intellectual conversation was cut short due to our arrival in Wellington… BUT, since my luck was at an ultimate high, it turned out Roy was able to find me on the street and wants to stay at the same hostel! YAY!
He also wants to stay in the SAME ROOM!
DOUBLE YAY!

Roy: “What is your friend finished?”
Me: “No, she’s FINISH, because she’s from Finland”
Roy: “So what does that make you, Canadish?”
Me: “Mmm… not exactly”

I went out with Sussy and came back sleepy/somewhat drunk and crashed.
At 3 am, the only other person in the room besides Roy and I happened to be a 45 year old Russian dude that began to rummage around in the middle of the night and when I opened my eyes he came close to my face and asked me what time it was. I heard a noise above me. It was Ray giggling.

Mr.Russian GLARED at Roy for a few moments and I really thought I was going to experience this ‘death’ Ray had asked me about earlier on the boat. But he just continued to pack and left the room. 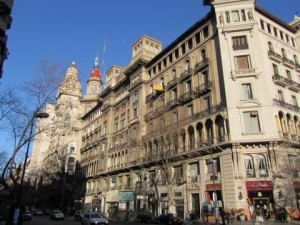 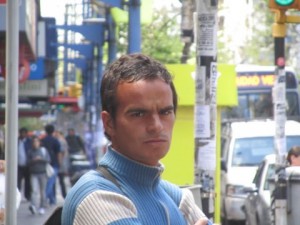