Want to Get Noticed? Be a Foreigner!

Want to Get Noticed? Be a Foreigner!
By: Mike Argyle 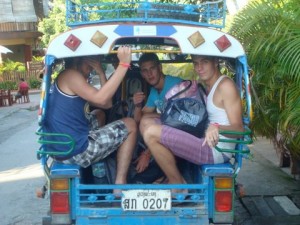 While this doesn’t mean being a foreigner is on par with theft and jerkery, all three would make you an outsider with what is normal and nothing garners more attention than disrupting the status quo. You can live in a place for years and still stand out – which isn’t limited to travel as being an immigrant can produce a similar effect. Depending on what attention you are looking for, being the odd one out can range from awesome to unsettling, hilarious to annoying and down right strange. But regardless of your experience, it is something that really takes you out of your comfort zone and challenges your identity. Don’t be a wuss – get out there!

If you are a white male, tall, reasonably built with short blonde hair and in Japan, you will probably be confused with Brad Pitt, David Beckham or Bruce Willis. Especially if you wear a beige suit. If you are a black female of a reasonable height and average proportions and find yourself also in Japan, people may stop to take pictures with you and wonder what Beyonce is doing on Mount Takao. Unless you are Japanese, which account for about 99% of the population of the Asian nation, you will stand out. You may even make Japanese friends because you’re a cool fashion accessory. Embrace it. It can be fun.

Imagine you are a shirtless male who happens to more resemble a bear by body hair than a person as the locals know them to be (because don’t all foreigners wax their chests?) You are walking along the beaches of Phucket and suddenly you are surrounded by smiling locals who rub your belly and call you the hairy Buddha. Sound awesome? Some people would love it. Others would hate it. Consider how your personal appearance may appear to other cultures. Don’t want your hairy belly rubbed? Then keep your shirt on. 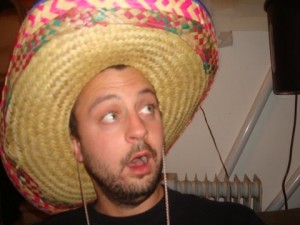 As white males are quite sought after in Asia, if you are a Caucasian female in South America you will be eye raped on a regular basis. It really doesn’t matter if you are attractive or not, they will love you for your light skin and hair. Foreigners will also be the target of anyone selling anything; restaurants, tourist shops, taxis, thieves and more. Compare hearing “taxi? taxi? lady, you want taxi?” in South America and hearing “tuk tuk? where you go? you need tuk tuk?” in many countries in Asia. Sometimes you learn to just block it out, and other times you can lose your patience from being harassed on the streets every 2 minutes.

Are you an American and want to avoid all the negative connotations that come with unfairly with being an American while abroad? Either sew a Canadian flag to your backpack or better yet, leave the locals with a positive impression of you, if not in spite of your country. Yes, America does not enjoy the best reputation as of late, but there are just as many jerks in other countries as there are in America. People have their own biases based on a number of things, but your telling Australians that AFL, rugby and cricket suck and why can’t they play baseball or gridiron football is not going to win you any points – it’s just going to make you stand out to that group of Australians.

There’s also the annoying. Imagine you are traveling in Asia and you bump into another foreigner. You don’t know who this person is but you feel kind of relieved to see someone else, possibly like you, who may 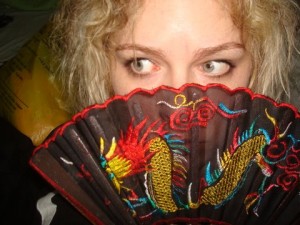 be able to help out or just say ‘hey’ to during your travels. That person avoids all eye contact and pretends you do not exist. Uhh… what just happened? This is what happened – you ran into the social misfits who go to a different country because they want to avoid others like themselves and escape. Those who ignore the most basic of travel customs: acknowledge others like you. Regardless of their defense, if you can ever actually speak to one (they are notoriously snobby, insecure and devoid of social graces), these people are not pleasant to be around. Not to mention they sure stick out – as the jerks who won’t say hi. Jerks.

While you do have to watch out for your own safety, as nobody is more of a target to thieves and con artists than the bumbling tourist, it is fun to be that person who stands out in the crowd, even if you would never do it back home. You will be noticed and remembered more if you are an obnoxious blowhard than if you are kind and pleasant, but unless you’re a petulant child in desperate need of any sort of attention, you know better than that. Be nice. Pose in the J-girls pictures. Have your belly rubbed by an old Thai couple. Ask someone to explain what a wicket is with genuine interest. Don’t be a jerk – there are enough of those out there.