Death: The Night I Tried Absinthe in Australia 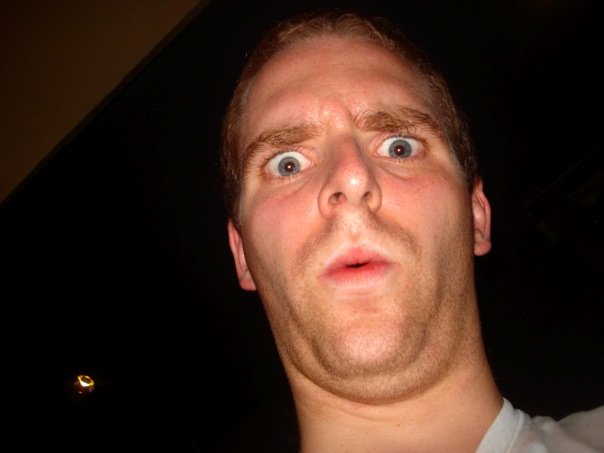 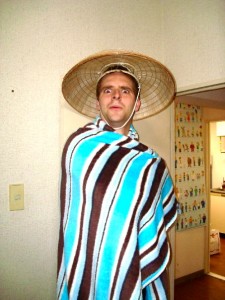 When you are a young lad in your early 20’s, you have certain assumptions about what your body can and cannot handle when it comes to beverages of a spiritual nature. Those assumptions usually involve you being invincible and more awesome than all the other schmucks who have issued warnings to the contrary – “Yeah, sure, they had problems… but I’m awesome”. If you have no idea what I’m talking about you’re either incredilame or someone I should probably understudy.

I’ve always been curious when it came to absinthe. I mean the stories about what it can do to you seem so crazy that there’s no way they could be fake, right? Floating green fairies that carry you to your magical new home among the forest where the critters knit you a leaf blanket of peace and wonder – yummy yummy happy times! The fact that it is pretty much banned in North America made me want it even more – especially as I found myself in Australia and there was a bottle staring me right on the shelf. $80 a bottle? Sign me up! 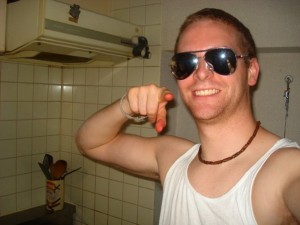 Oh man you have no idea how excited I was. I was researching what was in it, the different kinds, where you could buy it, which countries sold different kinds and which had the most wormwood in it. Before even tasting it, I was already looking into what different drinks could be made with absinthe, planning to incorporate it into my regular boozing rotation. Ernest Hemmingway enjoyed absinthe in a drink he called ‘Death in the Afternoon’. If Hemmingway enjoyed it, how could it be bad?

The day arrived of my maiden voyage and I cracked out the bottle for a group of friends and myself: all curious to have some and all having already consumed a considerable amount of other sauces in the interim. Probably not the wisest of choices, but nobody every said grad students were sensible. 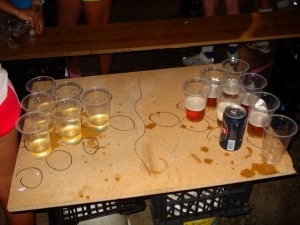 After the first sip, I think I knew this stuff wasn’t for me. Something about tasting like paint thinner and stirring childhood memories of unsavoury medicinal elixirs invoked unpleasant sensations on my taste buds. I wasn’t expecting it to taste like candy but… well… what’s wrong with that? When people say something is an acquired taste that usually means it sucks balls – so bottoms up! I was going to make an acquisition.

Shot after shot went down and the friends faded away, replaced by others eager to give it a try. My roommate from Mallorca, Joaquin, showed me a different way to drink it – light it on fire and then take the shot. We polished off another 1/3 of the bottle in between a kick ass house party we somehow started having while I was riding the wave that can only come from 80% alcohol. That was when I knew I needed to vomit.

As silent as the teal spectre that had enshrouded my being, I withdrew to my chamber to banish it to an ivory dungeon, or in other words, I snuck into my room to spew in the toilet. Some people hate throwing up – I see it as a means to an end, and that end leads to me not feeling like death.

Probably 20 minutes went by when people noticed I wasn’t there – I know this because in between retching I could hear them asking about me. That is nice, I thought. Also, unfortunately there is this thing called ‘safety’ where you should not lock your door when throwing up and if you have done this, people will persist in banging on it until you open it to see if you are okay. Not cool. Let me puke in peace. 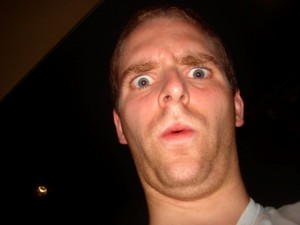 After two hours of bed spins and crawling between resting places, I finally exorcised the demon and could sleep. The next morning I came to a realization – absinthe blows. Maybe connoisseurs will claim I did it ‘wrong’ or didn’t have the right stuff but I don’t care. It’s expensive, isn’t a magical fairy drink and to this day the thought of the smell of it brings an almost Pavlovian reaction from my stomach. Absinthe joins tequila on my banned substances list but enjoys the distinction of being placed there after one night.

Leave the crazy liquors for the self-destructive writers – I’m going to stick to beer. And wine. And rum and vodka. They only make me puke on a semi-regular basis.