A Reason To Travel To Wisconsin 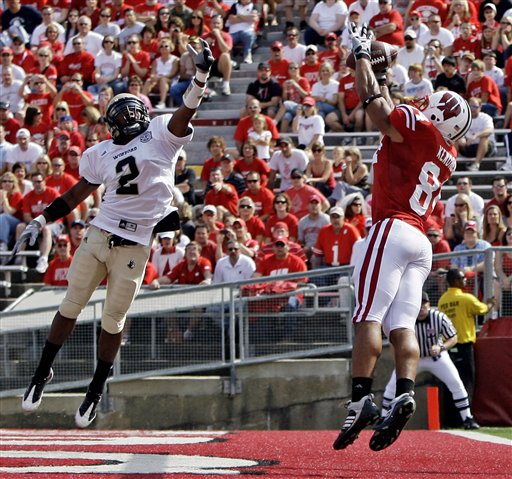 If you really need a reason to travel to Wisconsin, other than the amazing cheese, there are many other reasons to choose from. Many people travel to see the Milwaukee Brewer play professional baseball or the Green Bay Packers play professional football. However, these may not be the most unique experiences offered in Wisconsin.

Getting Wisconsin Badgers football tickets will allow you to experience more than just a college football game. These fans are simply crazy about their team and they prove it with one of the newest, but fastest growing traditions in college football today.

“Jump Around” isn’t an old tradition and how could it be, considering it’s based on a 1990s rap song. This tradition is one of the things that make a trip to Camp Randall Stadium unique. It’s not a very difficult tradition to participate in and not hard to figure out. Basically, the speakers in the stadium play “Jump Around” by House of Pain, between the third and fourth quarters of every Wisconsin home game. As the song plays, the entire student section, and most of the rest of the stadium “jumps around” with the music.

This started during the 1998 Homecoming game against Purdue. The song was played and as the students reacted, they couldn’t possibly predict what it turned into. Quickly this became a staple until 2003, when campus officials tried to ban the tradition, but students protested. The “Jump Around” tradition was quickly reinstated and has become a staple of every home game. 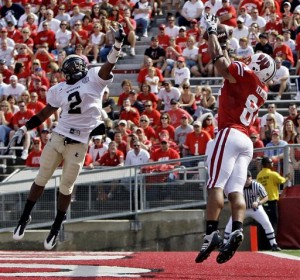 A very popular tradition started in 1969 after a 24 game losing streak, The Fifth Quarter was started by Michael Leckrone and Elroy Hirsch. The Marching Band created this fan event and it basically consists of the band playing many popular numbers, such as “On Wisconsin” and “Bud” after the game. The tradition was officially named in 1978 and has been passed down ever since.

This chant is largely between the students of Wisconsin and has caused quite a bit of controversy over the years. It’s full of profanities and starts during the Steve Miller Band’s song Swingtown.

This may seem as if it’s just a typical sports game tradition, but at Camp Randall Stadium, it happens in a very unique way. Section P is responsible for getting “The Wave” started and they send it around the stadium counter-clockwise the first time, followed by once around in slow motion. After the slow-motion wave, they do it at double speed, followed by once in reverse and finally they create two counter-rotational waves. They attempt this during most home games sometime in the second or third quarter.

A trip to watch the Wisconsin Badgers play football is full of tradition. The stadium is also known as one of the largest and loudest in all of football. It seats over 100,000 fans providing one of the best atmospheres for watching a college football game.