The Very Best Attractions In Tenerife

Wherever you are travelling, you’ll need to plan your trip itinerary pretty carefully. Why is this so important? You want to make the most of each moment you’ve got. That way, you can experience everything the city has to offer! If you are planning to visit Tenerife, there are certain sights and attractions that simply cannot be missed. It’s time to make sure your next vacation is the greatest one yet. Here are the very best attractions in Tenerife. 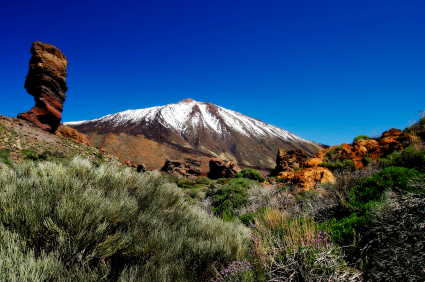 First thing is first: you need to spend a little time at The Teide National Park in Tenerife (Canary Islands). Not only is this one of the oldest national parks in Spain, it has also been named a World Heritage Site. This area is notable because it hosts the highest mountain in all of Spain and the Canary Islands. Mount Teide is the third largest volcano in the entire world with a height of 3718m above sea level. From the park, you’ll get a fantastic view of Mount Teide along with nearby Pico Viejo, the second largest volcano in the Canary Islands. Thinking about skipping The Teide National Park on your visit? Think again. It is the most visited national park in Spain and one of the most popular in the world. You simply cannot miss seeing this iconic sight in person!

The Basilica of Candelaria

This next notable attraction is The Basilica of Candelaria, or Basilica de la Candelaria in Spanish! It is a Roman Catholic Marian shrine that is located in the city of Candelaria. This area is just 20 km away from Tenerife’s capital city. The basilica itself has been dedicated to the Virgin of Candelaria and has been declared an area of cultural interest. It can be found in the south part of the city and boasts several bronze statues along with a substantial collection of paintings. If you are looking to experience the rich cultural history of the area, this is one attraction that needs to be seen.

No Tenerife vacation would be complete without spending a little time on one of the amazing beaches. One of the most popular and distinct is the Playa de Las Teresitas. It can be found just north of the San Andres village. What makes this beach so unique? While it originally contained rocks and black sand, white sand was shipped to the island back in the 70s to change up the look of the beach. Two piers were even constructed to make sure the sand stayed in place! Now, it is one of the most popular beaches throughout Tenerife and the rest of the Canary Islands. Unlike many other spots, it doesn’t have that black sand that so many of the other Canary Islands tend to. This makes the spot different, beautiful, and one of the very best.

When it comes to your Tenerife vacation, there are plenty of incredible places to spend your time. From shops to museums, landscapes and old architecture, the possibilities are endless. It’s all about finding what you enjoy and doing it. These incredible attractions are sure to get the ball rolling.