Scotland is a country where one will never run out of places to visit and things to see. The Rosslyn Chapel or the Collegiate Church of St. Matthew is a very popular place among them. Brought into popular culture by Dan Brown in ‘The Da Vinci Code,’ the chapel brings in tourists from everywhere. In this article, we will try to explore it in-depth.

William Sinclair – the 1st Earl of Caithness of the Scoto-Norman Sinclair Family – was the one who built the chapel. He established it on a small hill atop Roslin Glen as a Catholic collegiate church in the 15th century. If you were unaware, this church is third on the list of Sinclair places of worship at Roslin. The first and the second ones are Roslin Castle and what is today known as Roslin Cemetery, respectively. One can still see the latter’s buttresses (though collapsing) at Roslin Cemetery even today.

Sinclair’s motive behind founding the college was to celebrate the Divine Office 24/7. He also wished to celebrate Masses for all faithfully departed individuals. These included the Sinclair family members as well. During this time, the use of plainsong or polyphony was rampant to enhance the liturgy singing. William Sinclair also decided to fund the priests and choristers forever. The priests, however, had to fulfill their parochial responsibilities.

The year 1560 saw the Catholic worship in the chapel come to an end after the Scottish Reformation occurred. The Sinclair family never deserted their Catholic beliefs until the early 18th century. But they had to stop public worship in the abbey. It was until 1861 that it reopened based on the rites of the Scottish Episcopal Church.

In 1914, this place was subject to a terrorist bombing. During this period, suffragettes started bombing and arson attacks throughout the country to campaign for women’s suffrage. As a result, on 11th July, a bomb exploded inside the building.

The chapel is not pretty small. However, the intricate stone carvings on the building have brought it a lot of fame worldwide. The place is vibrant and seems to tell its story itself through these striking stone carvings. Such carvings have given rise to many conspiracy theories. We will talk about some of those later.

In those times, bees were regarded as the sacred messengers of God. Thus, a concealed beehive was made high up the roof so that the bees could come and reside there. 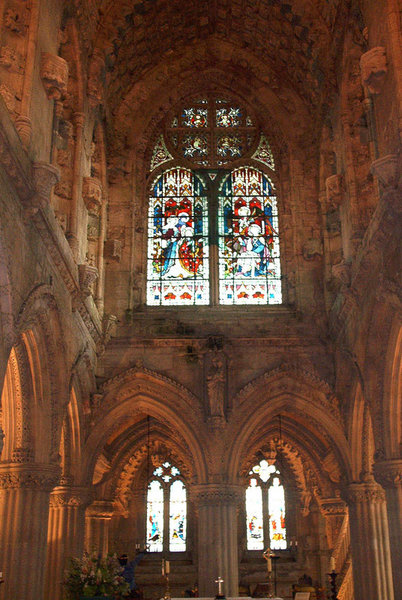 The place has been a hot topic among mystery enthusiasts and conspiracy theorists throughout the years. It is because the place is surrounded by mystery. For example, some people believe that the chapel has the Holy Grail buried under it. They say that if we take a look at historical and religious texts, we can find evidence supporting this claim. Also, it is a fact that the church had ties with freemasonry and the Knights Templar. The members of the Knights Templar fled to Scotland after they faced a deadly uprising. For your info, the Sinclair family had close ties with these members.

Here’s another interesting fact. While the claim was long rejected, there has been enough evidence to prove the Freemason-Knights Templar tie. After fleeing their country, the knights who came to Scotland were known to reside a few miles away from Rosslyn. Thus, their known location was close to the Sinclair family’s allies.

There are some people who believe that the building was indeed a hiding spot for some mysterious treasure. They believe it could have even been the Holy Grail and that the crypts and underground chambers have the answers. Some scenes from ‘The Da Vinci Code’ movie have been shot in an underground chamber here. Visitors can freely enter this chamber. Nonetheless, the building contains yet another underground crypt that has stayed sealed for centuries.

As expected, this sealed chamber has given rise to curiosity among people. Some even claim that they are certain that this chamber hides something valuable and mysterious. Unfortunately, the location of this crypt sometimes makes visitors miss it. So, remember to look straight down to the left side of the entrance. Their official website says they get flooded with one question a lot. Why not investigate the vaults and put an end to the speculation of what lies underneath? Their answer to this question is that the vaults beneath the building are burial grounds of several Barons of Rosslyn. It’s no surprise that the Earl of Rosslyn has zero intention to perturb the final resting place of his ancestors. 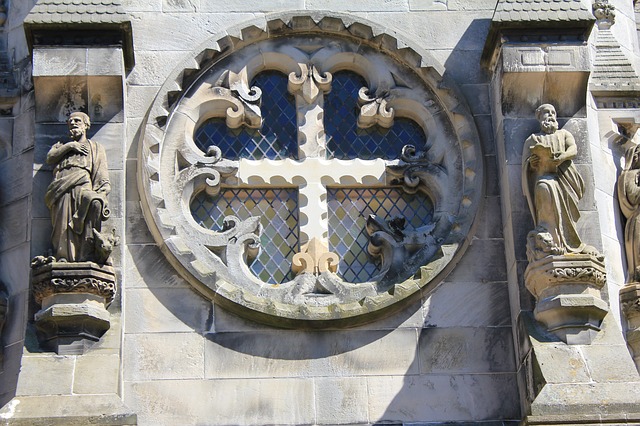 Moreover, they say that it would harm the chapel’s structural integrity if they conducted such an excavation. But, as we all know, the building has been restored multiple times already. So, they can’t take any such risk.

Another mystery was the appearance of William the Cat. A cat, really? Yes, a cat. For many years, William was a resident and the feline guardian of the chapel. The local tour guides explained that William came from a bloodline comprised cats coming to the abbey for decades. The locals had seen William frequenting the place for over 14 years, just like his father did before him. Sometimes the cat slept on the church pews. He seemed unfazed by the hundreds of visitors who assembled inside the church every day. Other times, he was seen walking under the cherry blossom trees. Nobody could answer why the cat or his ancestors visited the church.

Interestingly, he had a home in Roslin village, and his owners used to adore and care for him. Still, William the Cat showed up day in, day out to guard the mystifying abbey. Unfortunately, the cat died last year. But it is still a mystery even today.

Let us now take a look at the exact location of this architectural wonder to make things easier for you.

How to Reach the Chapel?

Residing close to Edinburgh, the church stays open every day all year long save Christmas and New Year’s. The church timings are 9:30 AM to 5:30 PM (6 PM in the summer). However, you got to remember that you have to enter half an hour before the church closes. Otherwise, you won’t be able to enter it at all. Adults have to pay 9 GBP as an entry fee, while kids can enter the place free of cost.

You can find six guided tours (only three on Sunday) throughout the day. Therefore, you can avail such a tour if you want answers to the many questions you have in mind. FYI, the tour schedule is subject to change. So, it would be best to check their official site for the most current schedule. If you don’t own a car, you can take either bus 37 or 40 from Edinburgh. Don’t worry. It would take about 45 to 60 minutes to reach the place, depending on the traffic.

As we mentioned earlier, the chapel stays open all year long except Christmas and New Year’s. So, you can visit the church any time you want. However, if you wish to get a better view of the church’s exterior, it’s best to choose summertime. It is because, in summer, the weather is more likely to be in your favor than winter or monsoon. Additionally, summer is the perfect time of the year for exploring the grounds as well. Also, try to visit the chapel on weekday mornings to get some peace of mind. Again, it’s because, during this time, the area remains very pleasant and tranquil.

Inside the chapel, a Spartan stone crypt has given rise to many myths and legends. Some even believe that the treasure of the mythical Knights Templar is stored in a deep vault whose entrance is sealed.

Some people believe that the church is home to many hidden treasures, one among them being the Holy Grail. While there has been no evidence of the Holy Grail being kept there, they still believe so.

Yes, it was. The church was selected as a location for ‘The Da Vinci Code,’ adapted from the novel of the same name. It was chosen for its ambiance and the mysterious aura that surrounds it.

As you can see, the Rosslyn Chapel is one of the most popular places to visit in all of the UK. The architecture’s popularity was its amazing stone carvings and the mystery surrounding it. The mysterious vibe it emits results in it being a subject to uncountable myths, legends, and conspiracy theories. So, don’t wait any longer. Visit it ASAP to experience first-hand what it has to offer.