Around the World * Peru: Getting Arrested by Crooked Cops 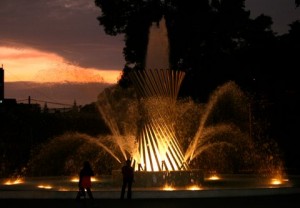 I just wanted to inform everyone that I have done more than party in Lima. I walked along the coast and around Miraflores, went to the Casino on my birthday and also hit up the fountain park (which was totally over rated, but I am glad I went). Every night Els and I claimed we would go find out how much jet ski’s cost the following day, but it never actually happened. I spent about 4 days attempting to leave Lima, but every night I was talked into staying out late. Thus, I woke up every morning and was like “F THAT!” Waking up for check out and the thought of being on a bus for 9 hours was not in the books for those days. 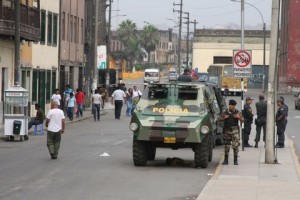 One of the nights out on the town I managed to find myself at a gas station with a few other travellers and some locals they knew. One of the guys we were with was being too crazy in the gas station so they called the cops. For some reason the cops took me as well, they probably realized my awesomeness and wanted to question me as to how they could be awesome too? Anyways, when we ended up at the cop station, one of the locals (who I begged to come with us) translated that the cops basically said we can either come in the station or give them all the money we had on us. We emptied our wallets and got the hell out of there (not much money, but still crazy right??). Makes for a good story, but at the time it was obviously scary, mostly because Peru is known to have a lot of fake police. The local we had with us was amazing and helped the situation greatly. Gman you are the shit! 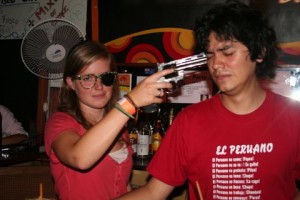 Overall I loved Lima. There is not a ton of sight seeing to do there, but that is not what I am travelling for. I like to really get to know a city, not every church in it. All the awesome people I met at the Point Hostel may have added to my love for the city as well. I finally managed to leave and head to Huacachina. The staff did not believe that I was leaving all day until I was actually getting in my cab to the bus station. Lima and my hommies at the Point Hostel will be greatly missed.