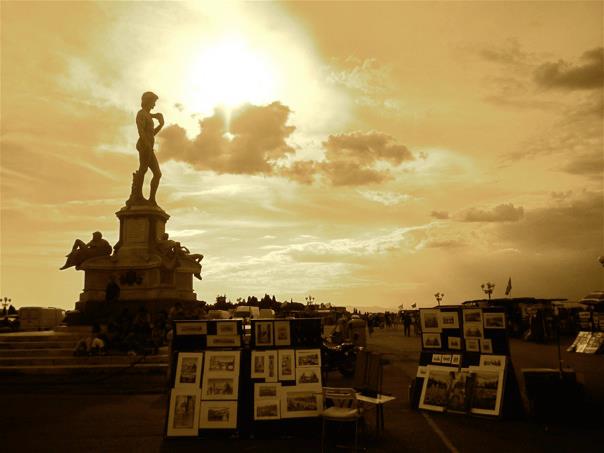 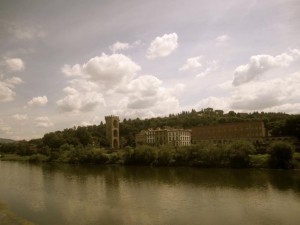 I’ve always felt that understanding a city’s past is important to understanding a city’s present, especially if that city boasts such a crazy impressive history as Florence, Italy does.  True, you may be walking around the city in 2011 and not 1312, but when a city is called the “birthplace of the Renaissance”, the place that literally reinvented money during the 1400s, history might be a good place to start.  We may not have had one of the Florence apartments next to Michelangelo, but we can visit some of his stomping grounds and feel the history around us.  So now, allow me to take you on a virtual tour through Florence, with the city’s historical contributions as landmarks.

The Duomo
The Duomo, as well as being a beautiful gothic cathedral, is also a Florentine symbol.  Anyone who’s played Assassin’s Creed understands the dramatic significance of The Duomo as the place of the infamous Giuliano de’ Medici’s murder, but the cathedral’s creator, Fillipo Brunelleschi, has made important contributions of his own as well.  He revolutionized our idea of architecture, and became a teacher for those who did such things as make the map that Columbus – as in the Columbus – used on his first voyage.  This place weaves a tangled net of historical importance. 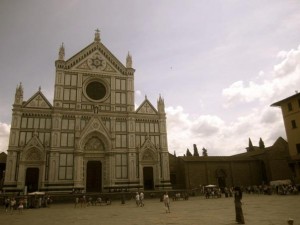 The Palazzo Medici-Riccardi
This is another symbol in Florence, one of the Medici family’s contributions to the Renaissance and how we know the world to be today.  The Medicis, who came to hold a lot of the power in Florence, started the Bank of Medici, an important cog in Florence’s machine.  The family also encouraged Florence’s rich art and literary culture, which produced a powerhouse of artists.  I mean, Dante, Macchiavelli, Da Vinci, Michelangelo.  These guys were big, and they all came out of Florence during the time of the Medici rule.  The Palazzo itself, although it passed through many hands over the years, remains standing today, to remind us of what the Medicis meant to Florence’s success.

Basilica of Santa Croce
We’ve all heard of Galileo.  His discoveries basically shaped how we see the world today.  He was one of the original badasses of history who got in trouble because he refused to compromise his badass ideals.  The fact that he was convicted of heresy – later recanted – and still in 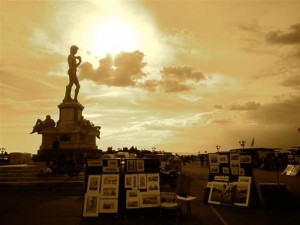 So I ran out of space. There are too many important historical symbols in Florence to fit in this article.  These landmarks have been instrumental in shaping how we understand our own lives today, and seeing so many of them packed into one single city is kind of mind-blowing.  The art we consume, the technology we enjoy, even the money we trade, it all has historical ties to this Italian city if we look back far enough.  The Renaissance was way back, and we may live in a time that’s inclined to always be looking forward, but I think visiting Florence and visiting these sites, seeing these apartments in Florence that may have once housed such influential minds is important to understanding our own lives, no matter where we come from.