This article has been brought to you by: Donnie – He’s new to TheTraveller team and I’m too lazy to write a bio about him. So watch this hilarious video and subscribe to his YouTube channel and his Facebook page.

Although most of Donnie’s videos are about China, this article is about Thailand. Enjoy.

The Full Moon Party. I had heard the stories. I knew what to expect. I thought I’d be able to handle it. I was WRONG. I was very WRONG.

For those who don’t know, The Full Moon party is an all night rave that happens every full moon on a beach on Koh Phagnan Thailand. Now I had been to all night raves before and been just fine. The difference between this rave and other raves is that instead of serving drinks, they serve “buckets” of booze that contain close to a 5th of alcohol in them. The other pretty big difference between past raves I had been too was that this one openly served magic mushroom shakes at one end of the beach. Now I made two crucial mistakes at this party. 1. I drank the buckets as if they were normal cocktails instead of sharing them with friends and 2. Once I was borderline blackout drunk I decided to drink two mushroom shakes. I AM AN IDIOT. 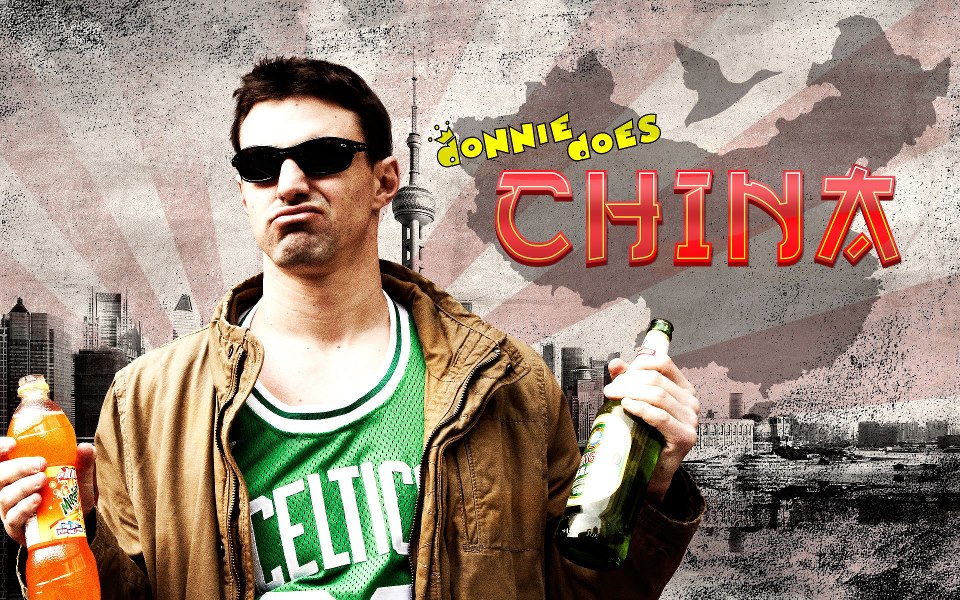 Now before I delve into what happened next let me give you a feel for what the scene was like.  It’s a beach about 200 meters long packed with up to 30,000 people from around the world. In some parts of the beach it was so crowded you could barely move.  All along the beach were vendors serving buckets of booze, day-glo paint, and laughing gas. Yep, it was hard to walk even 10 meters without some Thai  guy with a “Greg is a Cunt” tattoo on his chest trying to convince you to inhale a balloon of nitrous. It was a pretty wholesome scene. Would definitely bring my future kids here.  To add to the mayhem the beach was scattered with groups of people doing all sorts of dangerous shit with fire. Burning tall wooden sculptures, playing limbo with a burning stick, jumping rope with a burning rope, pretty much any child hood playground game you can think of was turned into a life-threating situation. (Sidenote: I worked up the courage to try the flaming jump rope and absolutely CRUSHED it.)

Ok now back to the part of the story where I took a ton of shrooms while borderline blackout drunk. Surprisingly I didn’t freak out or anything but just started feeling completely calm and happy.  However, maybe a little too calm and happy as the next thing I decided to do was give my wallet and phone to my friend and swim out into the ocean. And I didn’t just go for a dip, I actually decided to swim out FAR, probably 50-100 meters at least, far enough to wear all the colors from the fires and lights on the beach started to blur together. However, I wasn’t scared at all.  Everything was extremely serene. I just floated in the water out there by myself for a wile. I think I even had one of those “out of body experience” things. But then I realized that I was starting to drift out even further, got a little freaked out, and swam as hard as I could back to shore. It took me a while and if I wasn’t a good swimmer could have been fucked. But I turn into like Michael Phelps when I’m drunk so I handle it alright. Once back to shore I stumbled around aimlessly until I conveniently ran into my two friends out of the 30,000 people on the beach. This is an example of a situation that could have gone horribly wrong turning out all right. Disclaimer: Don’t do what I did

My experience in the ocean seemed to sober me up and calm me down so my friends and I then just decided to take a leisurely stroll down the beach people watching as the sun rose. We passed one area of the beach that my friend coined “The Elephant Graveyard” as it was filled with heaps of passed out party-goers. When we ended up leaving the beach at around 9:30 the next morning, large swaths of the beach were still raging with huge groups of neon-clad revelers dancing to house music. Once the sun rose we could see how completely trashed the beach was with buckets, paint, straws, clothes, water bottles, and humans. It was depressing at the time but when we came back the next day, the beach was PRISTINE. Not a single piece of trash in sight. I have absolutely no idea how they did it.

The Full Moon party scene is definitely not for everyone. However if you do go, I can say there’s no real need to get extremely drunk or do a lot of drugs, as the atmosphere there is insane enough. Obviously I didn’t listen to my own advice because as I said earlier, I’m an IDIOT.