Could Skiing Make You Feel Good Inside and Outside? 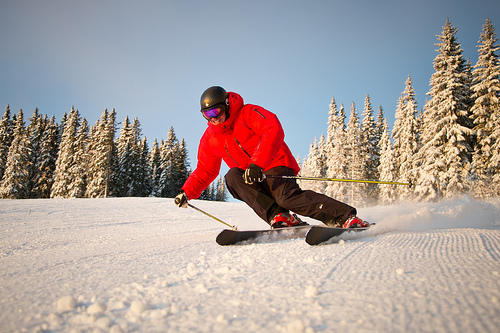 Many holidaymakers choose their destination because they feel that there are ample opportunities to get some fresh air and exercise. A lot of us will choose to go on vacation during the summer months, as winter isn’t seen as conducive to exercise. Fortunately, there are a few activities which use wintry conditions to their advantage, making them exciting as well as physically challenging. 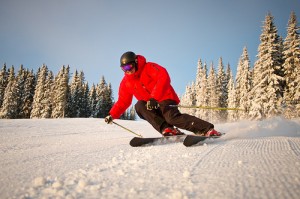 Top of that particular list is skiing, the most popular of all winter sports worldwide. What makes it appealing is that, as part of a holiday in a resort located in a mountain range such as the Pyrenees, Rockies in North America of the Alps, it can help to keep people relaxed as well as fit. Like most other sports, skiing is known to have several health benefits.

Skinnier after time on the slopes

Arguably the biggest advantage anyone can gain from skiing is that it could help them to lose weight. Although it might not seem quite as intense as some other sports, skiing actually requires quite a bit of work, particularly in the abdominal region. The more work your body does, the more likely you are to burn calories, which will prove especially useful if skiing just after Christmas!

Your body is also likely to be a little more toned than it was prior to hitting the slopes. Aside from burning excess fat, skiing is also known to help build muscle definition. It’s likely to make your stomach a little flatter, while your arms and legs could be slightly more defined which is great when wearing skiing equipment which clings to the contours of your body!

After several sessions, you’re more than likely to feel a little more flexible than you may have done before you first gave the sport a try. This is down largely to the fact that your body is learning to cope with obstacles such as sharp bends, boulders and other rock formations after every attempt to traverse an entire course.

Cross-country skiing is perhaps the best thing to do if you want to be really flexible. It’s also known to be better for getting in shape as well, although it’s not the easiest thing in the world to perfect. It takes plenty of practice and patience, but for those among us who like a challenge, there’s nothing much that can rival it in terms of pure enjoyment.

At the end of a long skiing session, it’s natural that you’ll want to unwind. As shown by Inghams, there are plenty of ski resorts which have facilities where relaxation is made easy. Some complexes have on-site spas which offer a range of treatments such as massage, aromatherapy and mud baths, all of which can make feel good on the inside too!