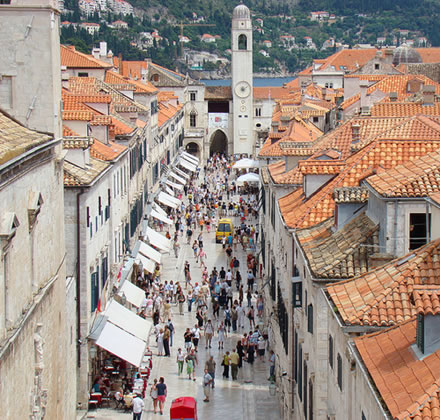 Eastern Europe is so hot these days and a great place to check out if you’ve done the whole Europe thing but are looking for something a little different. There are tons of top notch destinations for all types of travellers and all types of accommodation seekers, from ritzy hotels in Prague to vacation apartments in Dubrovnik and even cheap hostels in Riga – you really can’t go wrong.

One of the biggest complaints people have against travelling through Europe is the expense, and to be fair, European travel can be quite pricey compared to South America or Asia. Eastern Europe is far more affordable than its western counterpart and offers many of the attractions people put on their list of must sees, including amazing architecture, delicious food and an incredible overall feeling. While it’s not as cheap as it once was and some regions are more expensive than others, Eastern Europe will be one of those vacations that will be easier on your wallet – which is always welcome. 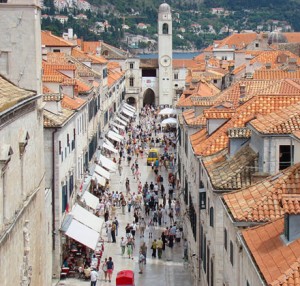 Every place has its busy season but the peak times you may be accustomed to in other locales aren’t as prevalent here because there just aren’t the tourism numbers as a place like Rome, London or Paris. This can be a huge attraction for those who really get annoyed by crowds and can only really travel during the one time of year everyone seemingly does so. Maybe one day it will be insanely busy but for now, just be thankful for the peace and quiet!

Eastern Europe has a special place for many travellers because of the rich culture that seems to be bursting forth from every locale. Many of these countries spent decades under repressively authoritarian regimes and only within the last few decades have been able to either revert to some form of their former glory or become something else entirely. With the Balkan states or those previously existing as Soviet satellite states, being able to exist as their own independent nation has brought a kind of patriotism and distinct manner of self expression that was otherwise suppressed for far too long. These people know how to enjoy the good times because they’ve lived through the difficult ones.

For many travellers, the allure of Eastern Europe is to see those things that still seem exotic. You feel as though you still can find a hidden gem because many of your friends probably know very little about some of these locales and you can still feel surprised. Western countries are far too familiar with a certain way of doing things, influenced by Rome, the church and everything that came out of that. Simple things like building design, living quarters and places of worship look very different in Eastern influenced areas. It’s incredible to think of seemingly ‘normal’ things as being entirely foreign!

There are so many reasons to see Eastern Europe but however you choose to do so, be sure to give it the time and attention it deserves.  It’s a big place without a singular identity or unifying motif – you can’t see it in a few days, so don’t even try. It’s best enjoyed at a leisurely pace and you can be sure that it will never get old.